The bottlenose dolphin (Tersiops truncatus) appears to have a very large and well-developed clitoris, potentially better placed for coital pleasure than the clitoris of humans, according to new research.

The visible tip of the human clitoris is but the size of a pea and located slightly north of the vagina and urethra (although much of the structure remains hidden in the pelvis or under a ‘hood’ of skin).

The head of the dolphin clitoris, on the other hand, is slightly larger and located right near the vagina entrance. What’s more, the whole organ has an ‘S’-shaped bend in it, which suggests it can stick out even further when erect.

During copulation, it would be almost impossible for a dolphin penis to avoid, experts say.

“The dolphin clitoris has many features to suggest that it functions to provide pleasure to females,” says biologist Patricia Brennan from Mount Holyoke College in Massachusetts.

“We knew that dolphins have sex not just to reproduce, but also to solidify social bonds, so it seemed likely that the clitoris could be functional.” 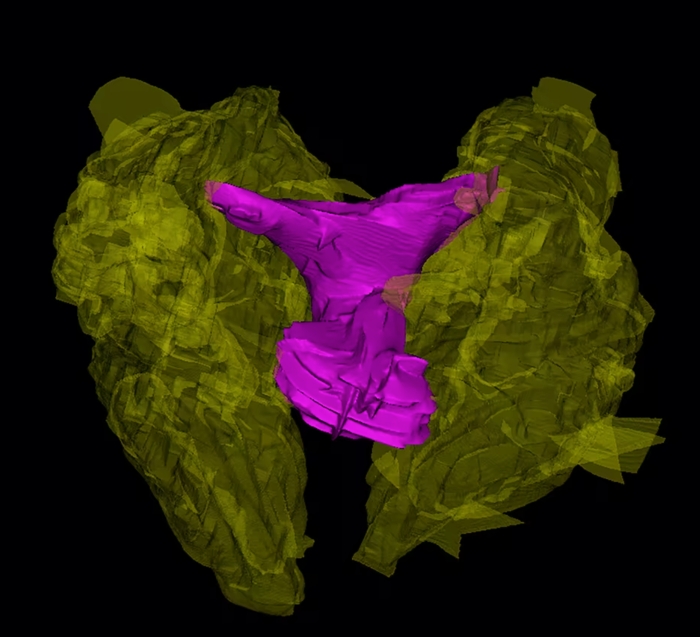 Today, we still know very little about the human clitoris and even less about its counterpart in other species. All female mammals are known to have a clitoris-like structure, but we still aren’t sure how these organs function or if they give animals pleasure.

Like humans, female dolphins are known to copulate all year round, but only sometimes are they ovulating. This suggests the species mates for more than just reproduction.

Direct stimulation of the clitoris has also been observed in sexual interactions between only females.

Unfortunately, we can’t scan a dolphin’s brain during all this hanky panky to see if these creatures really are having fun, so researchers have turned to the clitoris itself for answers.

When scanning the sexual organs of 11 naturally deceased female dolphins, the team found an abundance of erectile tissue, blood vessels, and nerve endings in the clitoris.

Similar to the human clitoris, the glans of the dolphin clitoris is also enclosed in a hood. In dolphin adulthood, this hood becomes wrinkled, possibly allowing the tip of the organ, which includes erectile tissue, to swell with blood when aroused.

Arteries in the clitoris were also found to closely trace clitoral nerves, which is an indication of orgasm function in humans.

“Since the entire pelvis of dolphins is so different to humans, it was surprising to see how similar the shapes were,” says Brennan.

“Also, the size of the nerves in the clitoris body was very surprising. Some were larger than half a millimeter in diameter.”

Dolphin sex is clearly a kinky affair, and it’s drawn the interest of researchers for years now. Still, most experts have been interested in the dolphin penis, investigating what it looks like, and examining how it fits with the dolphin vagina.

In comparison, the dolphin clitoris has been all but overlooked. And that’s the case for most female mammals.

“Very little is known about female reproductive morphology in most wild vertebrate species,” said researcher Dara Orbach, when announcing the preliminary results of her dolphin dissection in 2019.

“This research provides a comparative framework to explore other functions of sex that may not be unique to humans.”

If sexual pleasure really does hold evolutionary significance, female pleasure among mammals might tell us how. Ignoring this side of sex will give us only half the picture, and as we all know, it takes at least two to tango.

The study was published in Current Biology.