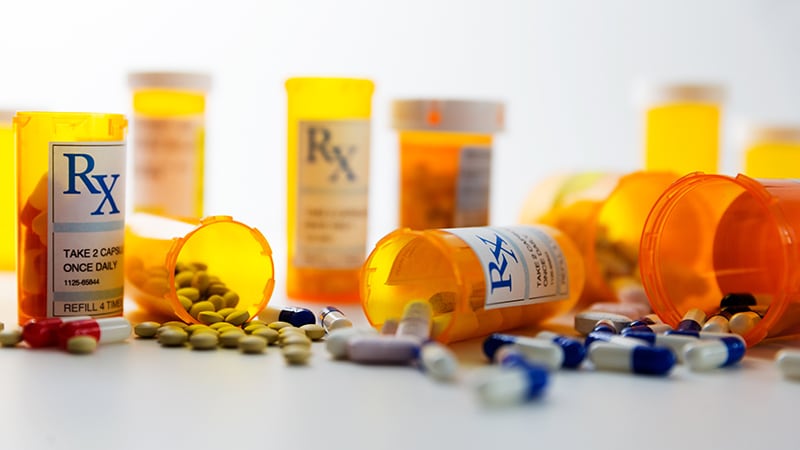 Investigators assessed more than 2500 patients, most in their late seventies, using carbamazepine as a comparator.

“The take-home messages for practicing clinicians is that persons with epilepsy after a stroke constitute a vulnerable group that benefits from tailored treatment, and the selection of antiseizure medications depends on many factors,” Larsson said.

However, “on a group level, it seems reasonable to avoid drugs that may interfere with other drugs used to prevent stroke and heart disease,” he added.

The findings were published online December 13 in JAMA Neurology.

“There have been concerns that enzyme-inducing antiseizure medications, such as carbamazepine, could interact with drugs used in stroke prevention, possibly resulting in an increased risk of cardiovascular events,” he said.

The researchers therefore “aimed to investigate if mortality varied with different antiseizure medications.”

The median time between stroke and first seizure-related diagnostic code was a little under 1 year (347 days). The median follow-up time from start of treatment to death or censoring at study end was 2.2 years.

Covariates included demographic characteristics, stroke characteristics, living arrangement, activities of daily living, and smoking habits before the stroke. It also included comorbidities such as hypertension, diabetes, and atrial fibrillation and medications such as statins and antidepressants.

Among the patients, 82% had experienced an acute ischemic stroke, most (70%) had hypertension, and most (82%) had lived unassisted prior to their stroke. After the stroke, only 44% were able to live unassisted.

The researchers chose carbamazepine as the reference medication because it is frequently prescribed and has enzyme-inducing properties.

During the study period, 1550 deaths occurred. The highest 3-year survival rate was associated with lamotrigine and the lowest with valproic acid and phenytoin (Table 1).

When the researchers analyzed the 5-year survival rate, the differences between lamotrigine, valproic acid, and carbamazepine remained statistically significant.

Lamotrigine also had the lowest mortality risk vs carbamazepine, followed by levetiracetam, while phenytoin, oxcarbazepine, and valproic acid had the highest risk (Table 2).

The underlying cause of death in more than half the cases (63%) was cardiovascular disease. Compared with carbamazepine, lamotrigine and valproic acid both were associated with a significantly lower and higher risk for cardiovascular death, respectively (Table 3).

An array of sensitivity analyses “suggested that the differences were less likely to be explained by epilepsy severity or variations in prescription patterns over time,” Larsson said.

“Our findings raise the possibility that specific ASMs influence the risk of cardiovascular and all-cause death, although our study design does not allow causal inference,” the investigators write.

Nevertheless, they note that altered vascular risk may account for the findings. In particular, enzyme-inducing ASMs (carbamazepine and phenytoin) enhance the metabolism of drugs commonly used in secondary prevention after stroke, including anticoagulants, calcium channel blockers, and statins.

The researchers add that the US Food and Drug Administration issued a safety communication regarding potential proarrhythmic effects of lamotrigine, and the International League Against Epilepsy likewise issued recommendations on cardiac risk with lamotrigine.

However, “Our real-world investigation does not suggest that lamotrigine

should pose a particular risk for patients with PSE on a group level,” the investigators write.

However, it is “difficult to determine why” the antiepileptic drugs (AEDs) that conferred the lowest risk for mortality were lamotrigine and levetiracetam, said Rouhl, who was not involved with the research.

He added that the study has “some slight weaknesses which follow from its design.” For example, using the combination of several registries “does not lead to case ascertainment,” he noted.

In addition, study participants “probably” had PSE, “but it is only the combination of registration in this stroke database and the diagnosis code of epilepsy after the stroke which suggests this,” Rouhl said.

Additionally, only patients taking monotherapy were included, “whereas patients with a bad therapy response may require switching of AED or combination therapy with AEDs, so perhaps the design selected patients with easy-to-treat epilepsy who might be more susceptible to adverse effects of the AED treatments,” he noted.

For this reason, “neurologists should think twice before prescribing valproic acid, and possibly other older AEDs as well, to elderly patients,” Rouhl concluded.