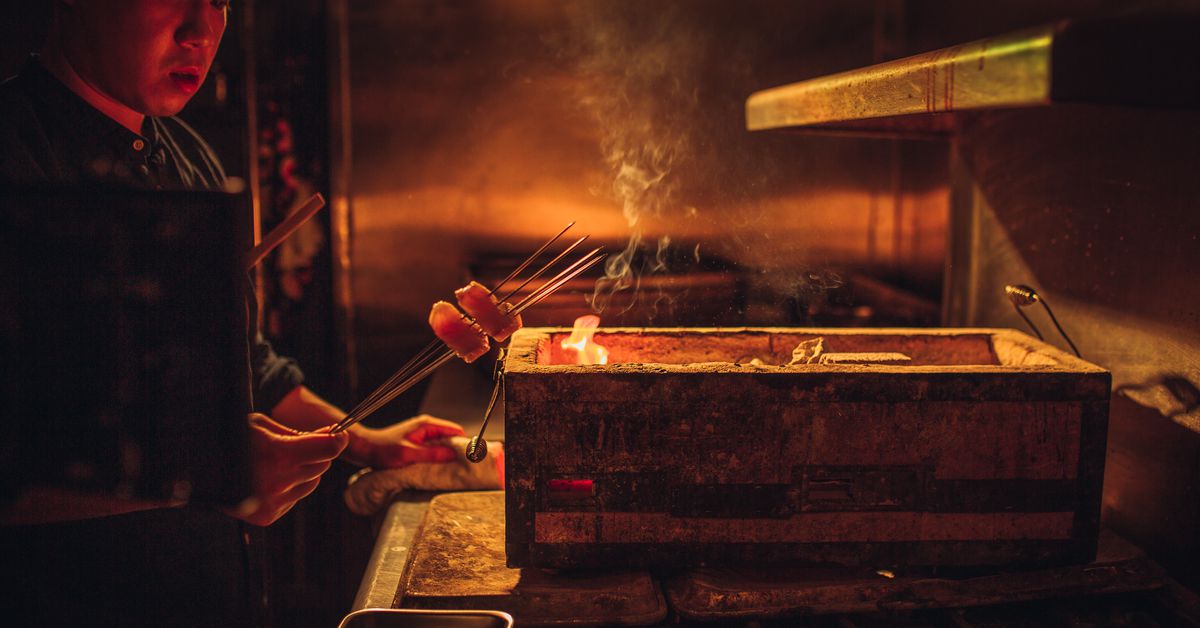 You might not immediately associate Portland, Oregon, with Russian food. Likewise, agricultural sustainability is probably not the first thing that comes to mind when you think of the fight for independence in Puerto Rico. That will change, however, after you watch The Migrant Kitchen, the PBS SoCal award-winning docuseries that’s dedicated to exploring and celebrating the chefs who are inspired by their cultures’ oft ignored foodways.

Previously focused on cooking only in California, season four of The Migrant Kitchen widens with episodes based in Brooklyn, New York; Houston; Los Angeles; Portland, Oregon, and Puerto Rico.

On Wednesday, KCET — the California PBS affiliate that produced the series with food publication Life and Thyme — announced:

Combining traditional cuisines and a fusion of flavors and techniques, the new season explores the kitchens of those who have transformed the culinary landscape of America. From the origins of Korean food in Brooklyn to some exciting Russian fare served up in the Pacific Northwest, new episodes of the James Beard Award nominated series also celebrate the food cultures of Puerto Rico and Houston. The new season kicks off with an episode exploring Southern California’s own chef Jon Yao, the winner of the 2021 Michelin Young Chef Award for his Taiwanese restaurant Kato which he opened when he was just 25.

In addition to Yao, episodes feature Bonnie Morales of Portland’s Kachka, José Enrique of Jose Enrique Restaurant in San Juan, Chris Williams of Lucille’s and Jonny Rhodes of Indigo, both in Houston, and Brooklyn’s Jenny Kwak of Haenyeo and Sohui Kim from Insa.

Those of us outside of southern California can stream The Migrant Kitchen on PBS.org, the free PBS app, kcet.org, and linktv.org. The first new episode, “Los Angeles,” centers Yao as he draws on his “experience growing up in the San Gabriel Valley, fusing his heritage with produce from Southern California’s cutting-edge farmers while educating diners on the nuances of this unique regional cuisine.” It premieres January 25 on the KCET website, January 29 on Link TV, and January 31 on PBS SoCal, PBS.org, and the PBS app.