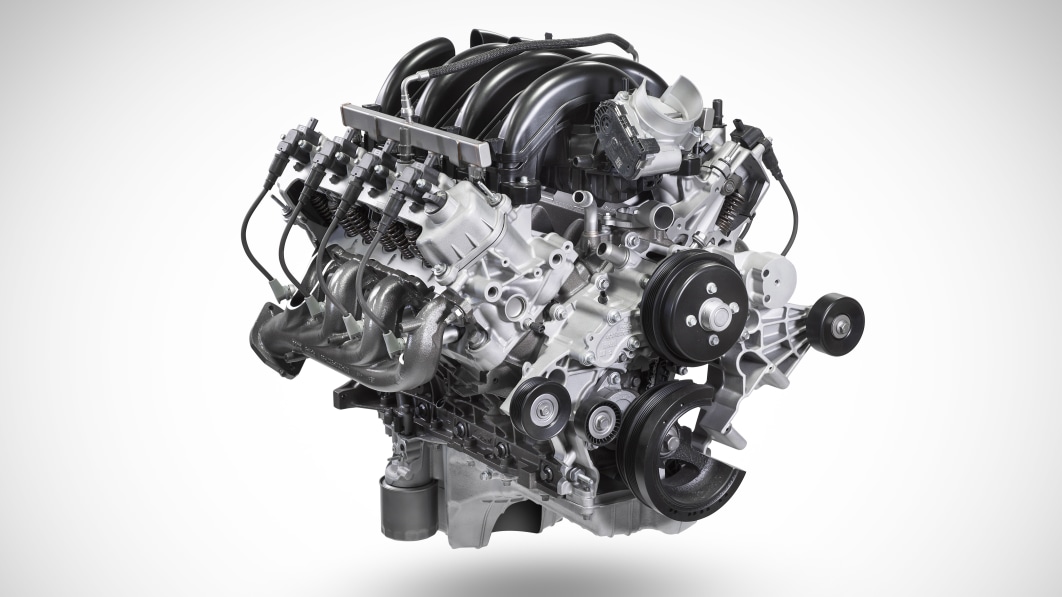 The V8 may be a dying breed, but Ford is reportedly doubling down on its 7.3-liter “Godzilla” truck engine with a new, twin-turbocharged (Get it? Doubling?) prototype being tested in its Super Duty pickups.

In its most basic, likely highly under-stressed form, Ford’s big workhorse V8 makes a respectable 430 horsepower and 475 pound-feet of torque. With two snails bolted to it, well, there’s going to be some serious headroom, especially in the torque department. Thanks to its iron block, it should be able to handle a ton of twist down low — perhaps even enough to push emissions-troubled diesel models into the periphery of the heavy-duty pickup market.

Ford Authority is reporting that two such prototypes have been built with the boosted torque monster under the hood. We have no reason to believe there are any other variants of this engine in the works or any other platforms for which it could be destined, but an aluminum-block variant of the same engine could fit into the Mustang or, perhaps more pertinently, the upcoming F-150 Raptor R, which Ford has already confirmed will be powered by an as-yet-unspecified V8.

The Raptor would certainly be a good candidate for a lightweight version of a twin-turbocharged Godzilla, especially since it benefits from chassis upgrades that could allow it to handle the extra power. Still, we’d consider it unlikely at best that a performance variant of this prototype will make it under the hood of any enthusiast-grade products notwithstanding any post-delivery tomfoolery from dedicated buyers with money to blow on a very fast, very expensive toy.