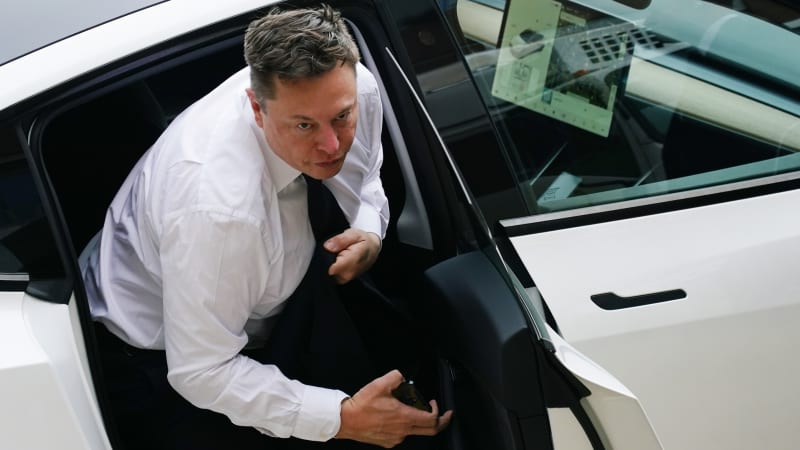 WILMINGTON, Del. — Testifying for a second day, CEO Elon Musk pushed back again Tuesday against a lawsuit that blames him for engineering Tesla’s 2016 acquisition of a financially precarious company called SolarCity that was marred by conflicts of interest and never generated the profits Musk insisted it would.

And for a second day, a pugnacious Musk sparred with Randall Baron, the plaintiffs’ attorney who has been grilling him about his role in orchestrating the SolarCity deal.

“Your questions,” the billionaire CEO complained from the witness stand, “are so deceptive.”

Witness and lawyer clashed down to the meaning of the word “cabal,” which Baron invoked to characterize the Tesla team that was updating Musk daily in July 2016 in the progress toward a SolarCity deal. When Musk objected that “cabal” sounded sinister, Baron countered that it typically meant a group of people working together toward a common purpose.

“Usually not in a good way,” Musk muttered.

Rejecting any notion that he pressed Tesla’s board to pursue a takeover of SolarCity, Musk, who is well-known for his commanding management style, insisted he had “no material role’’ in Tesla’s board discussions about the deal.

Under questioning by Baron, Musk acknowledged that he had recommended an acquisition price of $28.50 a share. But he said this figure merely reflected what he called a standard practice of offering a 30% premium on a target company‘s average stock price over the previous four weeks.

The board ultimately decided to offer $26.50 to $28.50 a share. Musk observed that his suggestion was “discarded by the board in favor of a lower price’’ and quipped, “They don’t listen to me, obviously.”

The long-running shareholder lawsuit asserts that Musk, who was SolarCity’s largest stakeholder and its chairman, and other Tesla directors breached their fiduciary duties in bowing to Musk’s wishes and agreeing to buy the company. In what the plaintiffs call a clear conflict of interest, SolarCity had been founded by Musk and two of his cousins, Lyndon and Peter Rive.

Baron has sought to establish that Musk wanted to run Tesla without interference and therefore bears responsibility for any failures. When he asserted that Musk had expressed excessive optimism over SolarCity’s prospects before the acquisition, the CEO countered that he was a natural optimist. Otherwise, he said, he never would have risked establishing both an electric-car manufacturer and a rocket company, SpaceX.

In defending the SolarCity acquisition, Musk argued that cash flow from the company’s previous solar installations alone justified the decision.

“This was a no-brainer,” he insisted.

The trial, which began Monday, marks the culmination of seven shareholder lawsuits, consolidated into one, that alleged that Tesla directors breached their fiduciary duties in bowing to Musk’s wishes and agreeing to buy SolarCity. Last August, a judge approved a $60 million settlement that resolved claims made against all the directors on Tesla’s board except Musk without any admission of fault.

That left Musk, who refused to settle, as the sole remaining defendant. The trial is expected to last about two weeks, after which the Delaware chancery court judge, Joseph Slights III, will issue a verdict.

Even if the trial ends with Musk having to pay personally for the whole SolarCity deal, $2.5 billion won’t much hurt the world’s third-wealthiest person. Forbes magazine has estimated that Musk is worth roughly $163 billion.