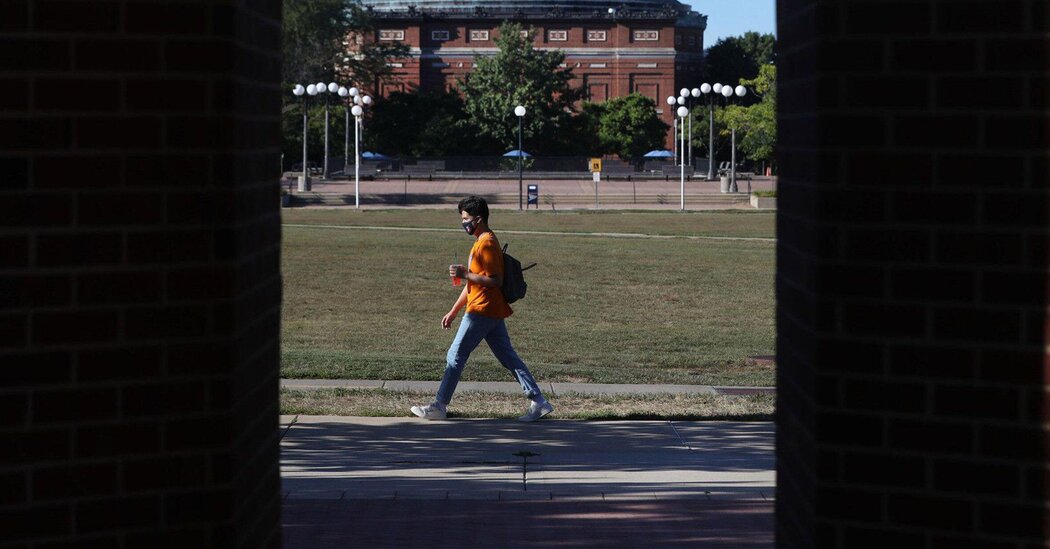 The lessons that the University of Illinois learned have also served as a model for other institutions and communities. The university helped set up laboratories and testing programs at other universities, community colleges, public school districts, the Illinois General Assembly and private companies.

Dr. Burke said he was most excited about the program in the Baltimore City public schools, where high school students are being tested weekly, one of the few school systems in the country that will employ comprehensive testing.

“So I think it made a huge impact, not just here,” he said.

And Illinois wasn’t the only university that implemented frequent, comprehensive testing, although it was quite likely the largest with such a diverse student population. Still, Cornell in Ithaca, N.Y., and Northeastern in Boston tried a similar approach and fared even better, with lower infection rates than Illinois’s throughout the fall.

For the fall, the university is requiring students, faculty members and staff members to be vaccinated. But the requirement offers a permissive loophole. It applies only to those “who are able to do so” with no requirement to explain why one might not be able to do so.

Dr. Jones expects that the vast majority have complied.

Those who do not provide proof of vaccination will undergo frequent testing again — every other day for undergraduates, twice a week for graduate students and faculty and staff members. Those who do not comply are locked out of university buildings.