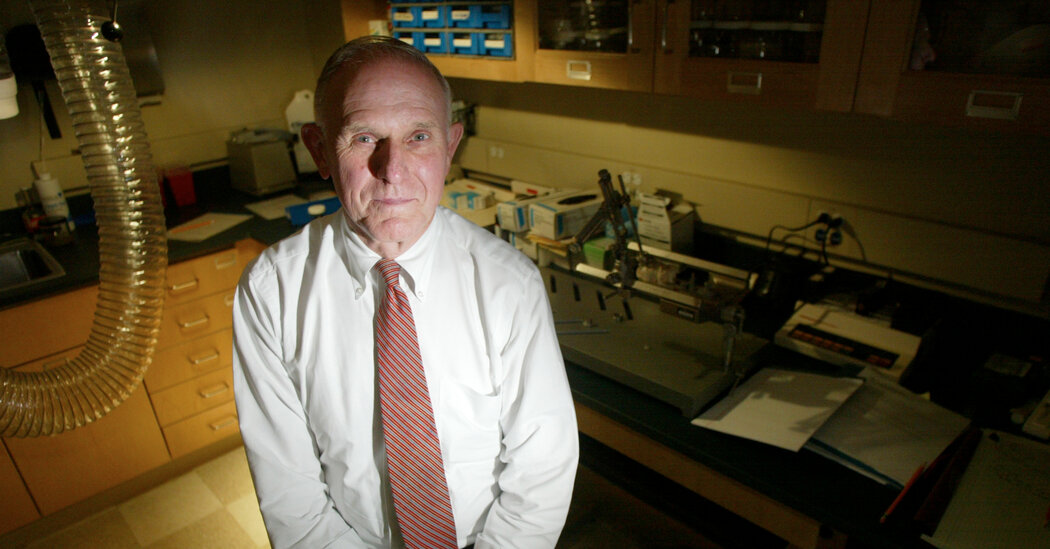 He married Ruth White, a teacher and homemaker, in 1956. She died in 2009. In addition to his daughter Alison, Dr. Scott is survived by his wife, Jacquelyn Lehmer; three other daughters, Jennifer, Heidi and Ann Scott; a son, Nathaniel; four stepdaughters, Suzanne, Mary, Sally and Phillis Lehmer; 20 grandchildren; and two great-grandchildren.

Dr. Scott was not the first scientist to have explored the therapeutic potential of Clostridium botulinum. “Sausage poison” is what Justinus Kerner, a German poet and doctor, called the pathogen in the 1820s; he had observed the paralytic effects of food poisoning in his town after a single giant sausage sickened 13 people, six of whom died. After injecting it in snails, locusts and rabbits, Dr. Kerner finally injected into himself, noted its inhibiting effect on the autonomic and motor nervous systems, and hypothesized its use as a medical treatment for certain neural conditions. (Decades later, a microbiologist named it Bacillus botulinum, after botulus, the Latin word for sausage.)

In 2013, Dr. Scott founded the Strabismus Research Foundation in Mill Valley, Calif., where he developed the use of bipuvicaine, a local anesthetic. At his death he was also working on a treatment procedure involving the electrical stimulation of the eye muscles by means of a tiny implanted pacemaker-like device.

Meanwhile, sales of Botox for medical and cosmetic treatments have continued to soar. For the first nine months of 2021, it generated global revenues of more than $3.3 billion, with cosmetic sales accounting for slightly less than half of that figure, according to the earnings report for that period from AbbVie, the company that acquired Allergan in 2020.

“I had my house paid for, my kids were educated,” he told The San Francisco Chronicle. “And I had the satisfaction of seeing absolutely wonderful medical results. So I was satisfied.” He added, “I’m not terribly good at giving away and spending money anyway.”