The first Black woman to go into space 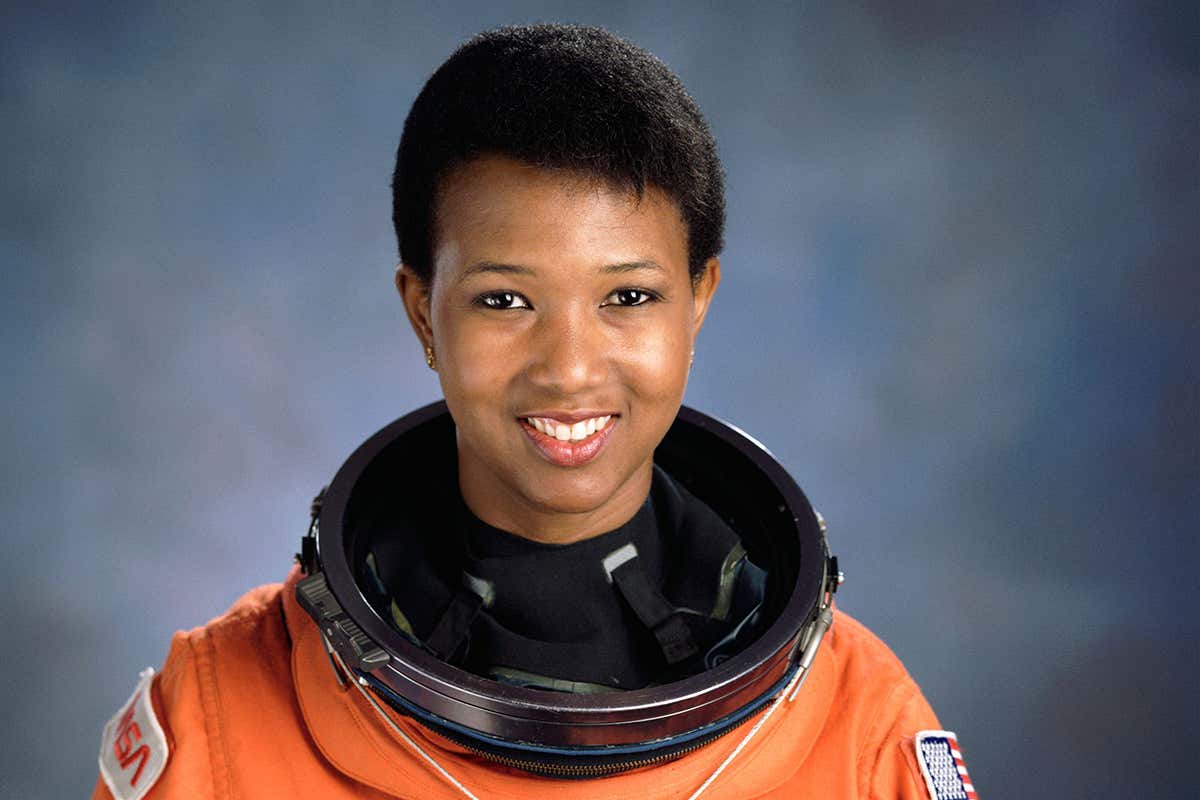 US astronaut, doctor and engineer Mae Jemison became the first Black woman to go into space in 1992. She was one of seven crew aboard the Space Shuttle Endeavour, on a mission named STS-47.

The youngest of three children, Jemison was born in Decatur, Alabama, but moved to Chicago, Illinois, at the age of three. Partly inspired by a love of Star Trek, she aspired to go into space and was sure she would get there. “As a little girl… I always assumed I would go into space,” she said in a 2017 interview. “Let me make sure that’s clear: I just always assumed, despite the fact that the US hadn’t sent any women up there, or people of colour, that I was going to go.” Little did she know then that she would also one day become the first real astronaut to appear in an episode of Star Trek.

A determined student, Jemison received a scholarship to attend Stanford University at the age of just 16, where she studied degrees in chemical engineering and African and African-American studies. After graduating, she continued her education at Cornell University Medical College in New York, getting her medical degree in 1981, and later worked as a general practitioner, spending several years in the Peace Corps in West Africa. She also pursued graduate courses in engineering.

Following in the footsteps of Sally Ride, who became the first American woman in space in 1983, Jemison applied to join NASA’s astronaut training programme. She was one of 15 accepted out of around 2000 applicants in 1986.

Jemison was the science mission specialist on the STS-47 Spacelab-J flight, which in 1992 spent eight days in space from 12 to 20 September. During the mission, 44 life science and materials processing experiments were carried out by the crew while orbiting Earth 126 times.

The following year, Jemison left NASA and founded the technology consultancy The Jemison Group, followed by a non-profit organisation called the Dorothy Jemison Foundation for Excellence in honour of her mother. Through her foundation, Jemison is now leading the US government-funded 100 Year Starship project, which aims to help develop the technology needed to achieve interstellar space flight within a century. Her foundation also runs a science camp for young people called The Earth We Share.

Jemison now acts as a science ambassador and speaks about the need to democratise access to technology for the future of humanity. “I think it’s so vitally important that all people in this world are involved in the process of discovery,” she told Stanford Today in a 1996 interview.

She also wants to make sure that science and technology are accessible to all, and has worked to empower young women to engage with STEM and pursue careers in these areas, including acting as Bayer Corporation US’s national science literacy ambassador and chairing a US government committee to address this issue.

Part of her mission, Jemison has said, is “to change the image of who does science. That’s important not only for folks who want to go into science, but for the folks who fund science.”

Mae Jemison is famous for being the first Black woman in space and is now a science ambassador and futurist.