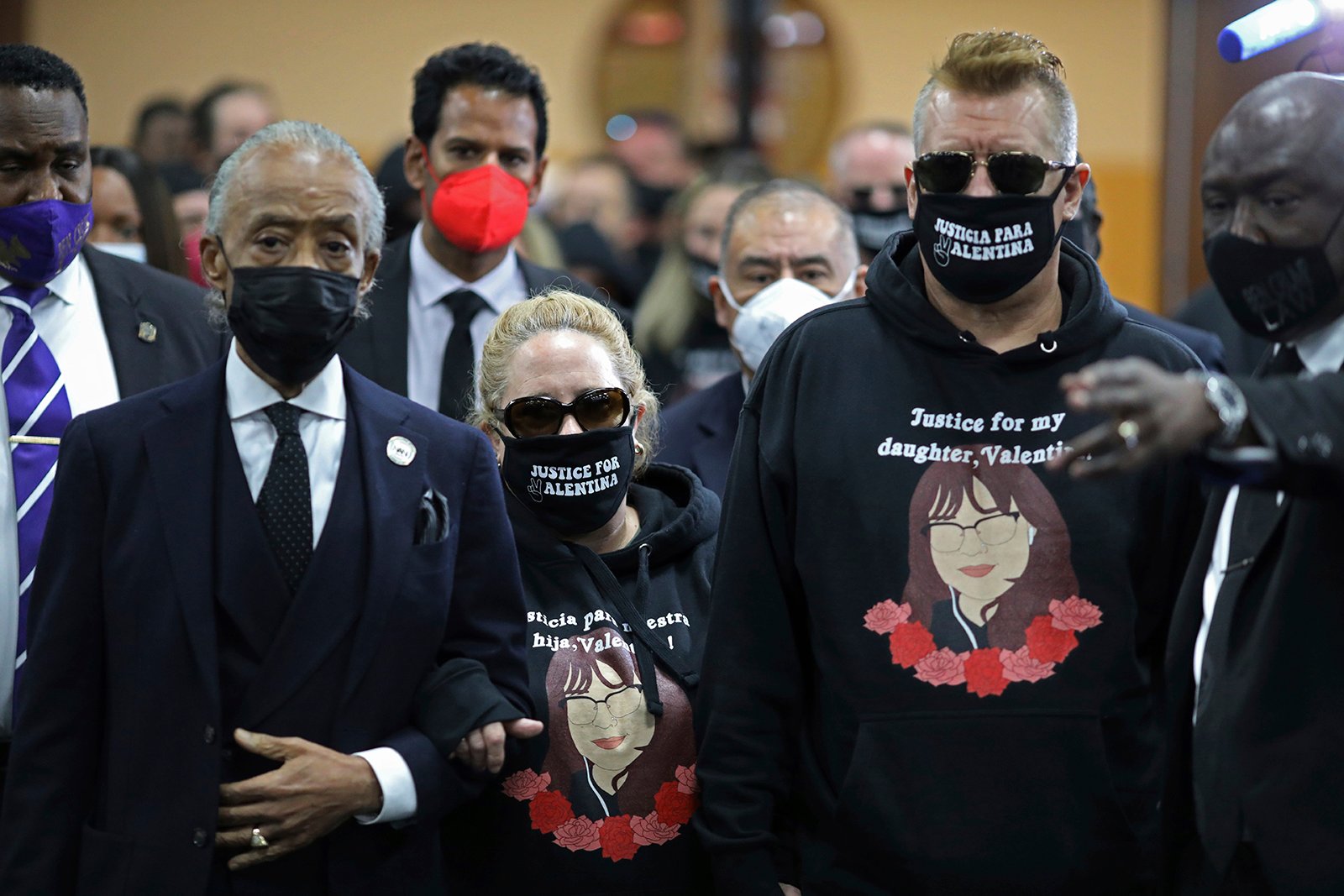 LOS ANGELES (RNS) — The Rev. Al Sharpton, speaking at the funeral of the 14-year-old fatally shot by a Los Angeles Police Department officer, recalled coming to Los Angeles 30 years ago to protest the beating of Rodney King by police.

“We keep seeing LAPD get it wrong. And here we are again. How long will it take for you to get it right?” Sharpton asked.

Valentina Orellana Peralta was with her mother, Soledad Peralta, on Dec. 23 in the dressing room of a Burlington clothing store in the San Fernando Valley’s North Hollywood neighborhood when, according to news reports, LAPD officer William Dorsey Jones Jr. fired at a 24-year-old man identified as Daniel Elena Lopez, who had been assaulting a woman in the store. The officer’s shots killed Lopez, and Valentina was also killed when one of the bullets went through a wall.

Both the girl and her mother had come to the United States from Chile.

Sharpton, on Monday (Jan. 10), eulogized Orellana Peralta, who was displayed in a pink dress inside a flower-draped casket during her funeral at City of Refuge, United Church of Christ in Gardena, near Los Angeles.

Today I’m eulogizing 14-year-old #ValentinaOrellanaPeralta who was killed by a LAPD stray bullet as she shopped for a Christmas dress. I’m praying for her parents and loved ones and we will seek justice in her name

“There is nothing normal about shooting so recklessly that a young teenage girl looking to live the American dream, that was shopping with her dear mother Soledad, possibly getting a Christmas dress, ends up being dressed for her funeral,” Sharpton said. “This could have been my daughter. This could have been your daughter.”

The shooting made international news when President Joe Biden called Chilean President-elect Gabriel Boric to congratulate him on winning his country’s election and during that conversation, “offered his deep condolences to the people of Chile for the tragic death” of Orellana Peralta.

Orellana Peralta was remembered as a happy teen who excelled in school, who was an advocate for animals and who yearned to become a U.S. citizen. Her father said she had dreams of becoming an engineer to build robots.

Sharpton, during the eulogy, said it was important to make it clear that “we don’t just fight for our own because we all are our own,” Sharpton said.

“Whether you are from South Central, Harlem, or Chile, right is right … If we call for justice for some, we must call (for) it for all, and I wanted to come 3,000 miles to say, ‘Justice for (Valentina)!’” Sharpton proclaimed.

“Jesus was a refugee, and you cannot despise refugees and then stand up and say you are a believer in Christ,” he said.

The Associated Press contributed to this report.