(RNS) — Just-retired Bishop Vashti Murphy McKenzie is an apologist for an adaptive style of leadership. It’s what has helped her succeed as the first woman to hold many roles in the African Methodist Episcopal Church. And it’s a style of leadership she said was needed during the pandemic.

“Adaptive leadership means that you are faced with situations but do not have a solution or answer that comes from past experiences, so you have to adapt,” she said in an interview on Thursday (July 15), a week after her retirement began at the close of her denomination’s General Conference in Orlando, Florida.

“You have to know how to pivot, you have to step back, get on the balcony, survey the scene, throw out what you know or what you think you know and then find the answer that’s going to fit this issue right here.”

McKenzie, who remains the national chaplain of the Delta Sigma Theta sorority, acknowledged this approach appeals to her because that’s the way she’s lived her life as a female trailblazer in her 205-year-old denomination. In 2000, McKenzie was the first woman elected bishop and later the first to serve as president of its Council of Bishops and chair of the General Conference Commission, which organizes the denomination’s quadrennial meeting.

Now one of five women bishops elected in the AME Church, McKenzie remains ready to answer anyone who questions their ability to lead.

As she led AME regional districts in Africa, Tennessee and Texas, McKenzie said she focused on her work rather than her title, letting the results speak for themselves. She modeled holding babies with AIDS to show it was safe and proved it was worthwhile to develop church websites to help attract new members and it was practical to use golf tournaments as fundraisers for church projects and seminary scholarships. 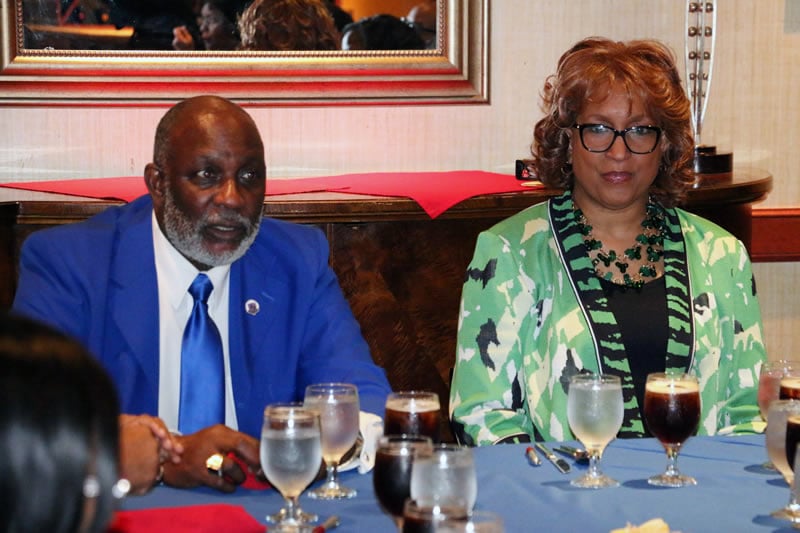 As she spoke at the conclusion of the General Conference bishops’ retirement service on July 9, she thanked her husband, former NBA guard Stan McKenzie (the first male episcopal supervisor of missionary work in the AME Church), her denomination and God for their support.

“What God did for me is evidence of what God can do for you,” she said. “For if God could do this, God can do what God promises you. That can be done no matter who says it can’t be.”

McKenzie, 74, talked with Religion News Service about her journey as a female bishop, those who paved the way for her to reach that role, and what’s next for her and for her denomination.

The interview has been edited for length and clarity.

Looking back as the first woman bishop of the African Methodist Episcopal Church, is there a way you would sum up your experience since 2000?

Being the first of anything, there is no book. There is no DVD. There’s no movie. There’s nobody in front of you, to be able to share back experiences of what it’s going to look like and feel like and be like and so you’re charting your own way. And as people receive you — not only as you are in your position but also receive you as a human being — and begin to see you have something to bring to the table and be able to embrace the uniqueness of my femininity. I do what bishops have to do, but I don’t do them in the same way because I’m Vashti. 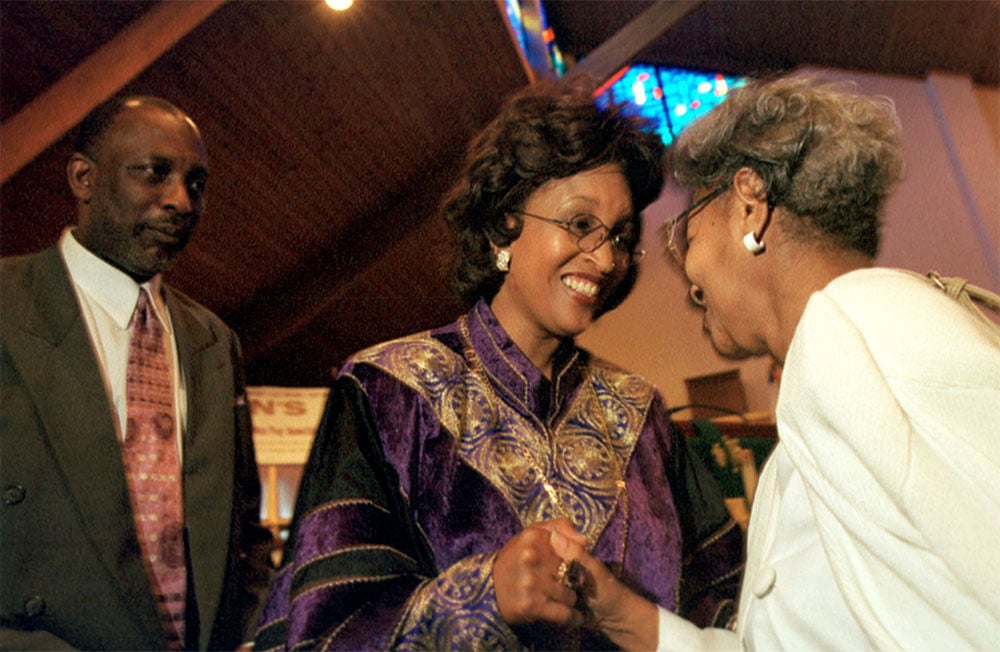 Your family has long been in the journalism business, running the Afro American newspaper chain. You wrote newspaper articles starting at age 16 and as bishop you oversaw denominational publications including The Christian Recorder. What was it like to move from being in the news business to becoming a newsmaker?

You mentioned in the “Echoes from the General Conference” documentary that, though 2000 was a turning point for women bishops, it was preceded by earlier actions. What and/or who paved the way?

Well, many, many women. Many women whose names were not written, who did not get a footnote, who were in the margins. Faces and names people have forgotten a long time ago. Beginning with Jarena Lee. Jarena Lee stood at her time, when Bishop Richard Allen says he’s not going to license women. But God created an opportunity and she stood, and so then off she goes to walking and preaching hundreds of miles.

The 2021 episcopal address, the message of the bishops to the denomination during the General Conference, spoke of longtime struggles for women to gain ordination, and the rank of bishop. What action do you think is needed still?

What seems to be difficult for the church at large — and I’m talking about the universal church, denominations at large — is the inability of embracing inclusivity, as far as women is concerned. Just because you’re at the table, doesn’t mean it’s success for all women. Just because there’s one presiding elder, one woman who is a bishop, doesn’t mean the playing field is level for all women. And so in order for that to happen, we have to be intentional, and intentional means you don’t promote or assign just because a woman is a woman. You recognize her gifts. When I ran, I didn’t run on a platform saying elect me because I’m a woman. I ran on a platform that says elect me because I’m qualified.

Was there something you’re particularly proud of achieving in ecumenical or interfaith circles?

Most of my ministry is focused within the AME Church but I preach everywhere. I have preached for the Presbyterian women, the Baptist women. I preached for the Hampton (University) Ministers’ Conference with denominations from all over, for the United Methodist Church, for the United Methodist annual conferences. And in that way, sharing prophetically also helps to shape people’s embracing women. I have preached at Catholic churches. I have spoken in Jewish communities.

I have preached in seminaries, and it’s so important for the female seminarians to be able to see someone who is their same gender, who has the same kind of uniqueness, as an encouragement to see the broader picture, to see ministry beyond your own front door. 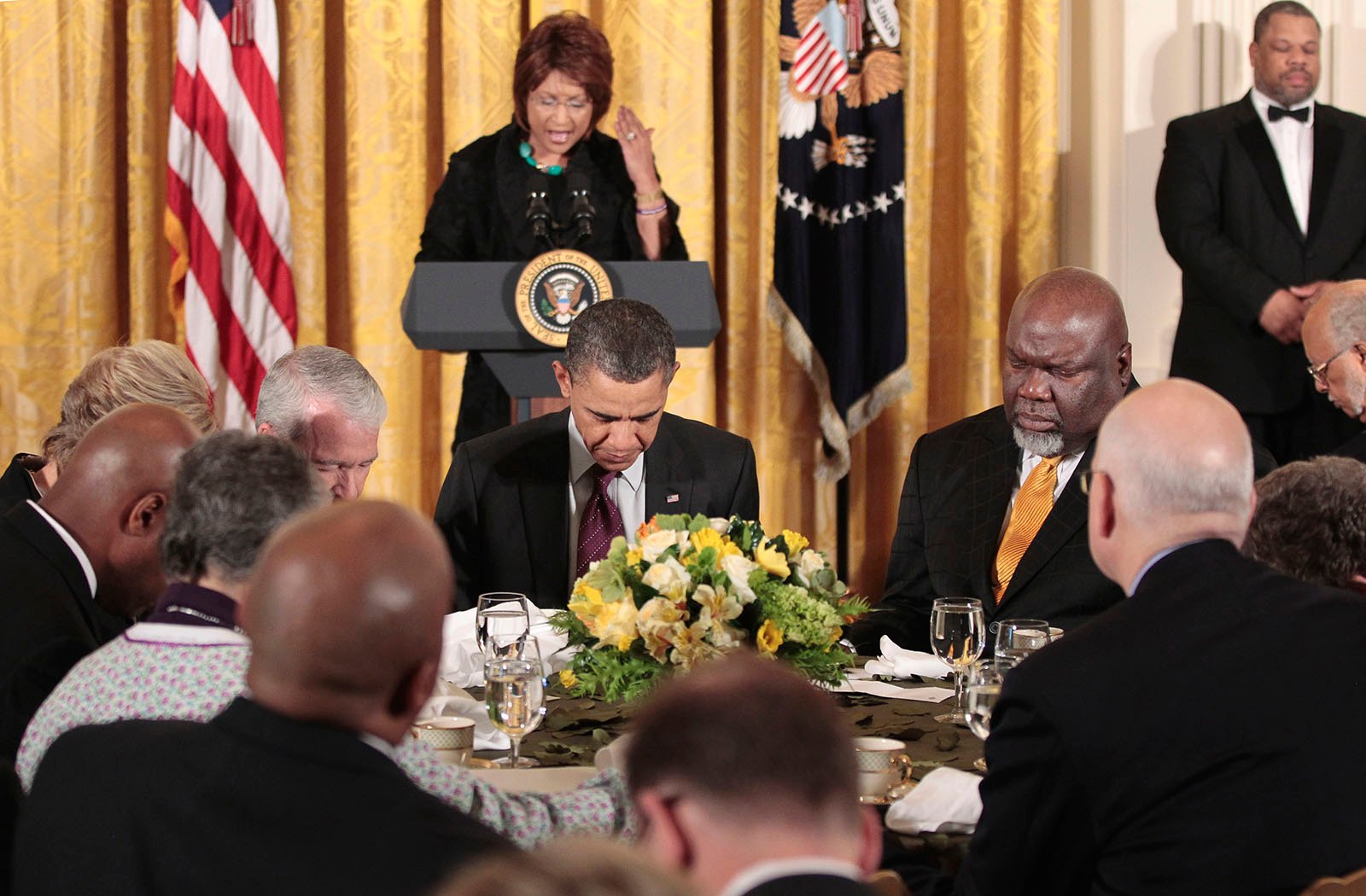 President Barack Obama, center seated, and others, lower their heads during an Easter Prayer breakfast with Christian leaders in the East Room of the White House, Tuesday, April 19, 2011. Leading the prayer behind Obama is Bishop Vashti Murphy McKenzie, of the African Methodist Episcopal Church, and seated to the right of Obama is Texas-based evangelist Bishop T.D. Jakes. (AP Photo/Pablo Martinez Monsivais)

The AME Church has voted to start an ad hoc committee on LGBTQ matters. Do you think it may be turning a corner about acceptance of LGBTQ people — including possibly their ordination — just as the denomination turned a corner on women bishops 21 years ago?

I think dialogue is going to be good for the church because there are different people in different places having different kinds of conversations and to be able to have open conversation, which an ad hoc committee would provide, where the church is gathered, will be healthy and may be helpful.

Do you see an end to the ban on ordination of same-sex people?

So now that you have reached retirement as an AME bishop, what’s next for you?

I’m going to continue with Selah (Leadership Encounters for Women, her professional women’s empowerment organization) because I have a passion for leadership. I plan to write. This is a good time to sit down and put some thoughts down on paper. And then, as they say, we’ll look into the horizon to see what also is next.