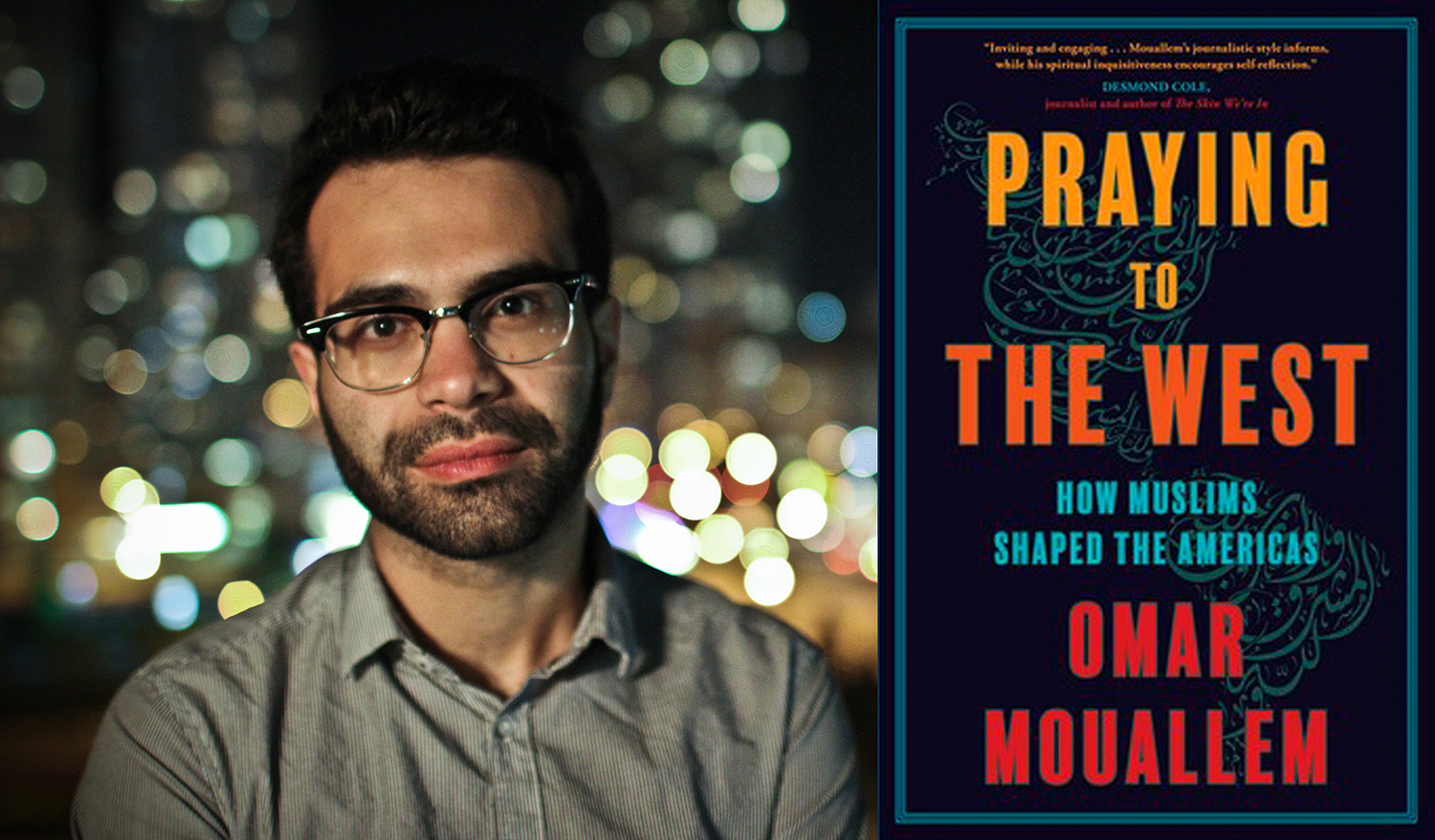 (RNS) — Research into early Muslim communities in America has long attracted writers interested in how Muslims developed a sense of identity on this continent.

In the 1990s, Abdullah Hakim Quick, a Canadian writer, penned “Deeper Roots: Muslims in the Americas and the Caribbean Before Columbus,” which became a staple of many Islamic bookstores.

A new book, “Praying to the West: How Muslims Shaped the Americas,” by Omar Mouallem, may meet the needs of a new generation of Muslims. Like Quick, Mouallem is Canadian, but his approach is entirely different. “Praying to the West” is part travelogue, part investigatory journalism. The book examines 13 mosques across North and South America, from above the frigid Arctic Circle to tropical Trinidad and Tobago.

While the book mainly includes reporting from contemporary Muslim communities or historical communities from the 20th century, earlier Muslim communities are part of the author’s story. The opening chapter visits a Brazilian city, the site of an important Muslim slave revolt in the 19th century. As many as one-third of all Africans brought to the New World as slaves were Muslims.

Born to Lebanese parents in western Canada, Mouallem attended a mosque as a child but was not always secure in his faith. The book also reflects his own spiritual journey as he draws closer to Islam.

“Until recently, Muslim identity was imposed on me,” he writes in the book. ”But I feel different about my religious heritage in the era of ISIS and Trumpism, Rohingya and Uyghur genocides, ethnonationalism and misinformation.”

His book is a reminder that myriad Muslim communities have existed in the Americas for centuries.

Mouallem is an award-winning journalist who has written for Wired, The Guardian, The New Yorker and Rolling Stone. He spoke to Religion News Service about the past, present and future of Islamic communities in North and South America. The interview has been edited for length and clarity.

What was the impetus for writing this book now and doing the reporting during the presidency of Donald Trump?

I wanted to enlighten people and myself about the lost history of Islam in the West. It is not a new phenomenon, and it has always had cultural influence and intertwined with Christian societies over the centuries and in many different places.

One of the main historical questions for the American Muslim community is which institution deserves to be considered the very first Islamic place of worship in America. How did you approach this question?

In the book, I discuss my visit to Ross, North Dakota (founded in 1929). I did an interview recently where this was referred to as the first mosque, and I didn’t correct that. In fact, in my book, I also use the term “the first mosque.” Yet, it is an open question. I also highlight the Highland Park Mosque in Detroit in 1921, which unraveled a year later.

There was a group of Albanian Muslims who were working in the timber industry in 1915 in Maine that some people say formed the first mosque. There is also a group of Polish Muslims of Tatar heritage who founded the American Mohammedan Society in 1907, and that community that has used a number of prayer spaces over the years still exists today.

Yes, that Albanian group was using an accounting office for communal prayers. You know it’s also a similar situation in Canada. In my book, I look at the first mosque in Canada, which is in Edmonton (the Al Rashid Mosque founded in 1938). But there was actually an Albanian Muslim community in Toronto prior to that. Of course, the first mosque in the United States was almost certainly in the South a century earlier due to legacy of the era of slavery — or at least a place where congregational prayer was held by Muslims. I am hopeful, with research into African American history and more documents coming to light through historical research, that one day we uncover an important Islamic site from this period in Islamic history when Muslims were brought enslaved to the Americas and the Western Hemisphere. It is an open question.

One of the strengths of the book is its investigation of schisms and mosque politics — something authors have avoided in the past. Why did you think it was important to discuss these matters?

I don’t think it is appreciated how much the diverse modern Muslim community we know today was shaped by schism. I was in Trinidad and visited a mosque that, in so many ways, was rooted in another mosque and felt they could not afford to entirely break away. You can also, for example, view the Nation of Islam as a breakaway from the Moorish Science Temple.

RELATED: Muslims win office in US municipal elections in 2021

You approached this topic with a lot of background knowledge. What was the most surprising finding you found in writing this book?

You tend to think that over time practices became less liberal but, that is not what I found. I think if you looked at services at early 20th-century mosques in Edmonton, Canada, or Dearborn, Michigan, those services were a lot more like Protestant churches’. In some way, the practices of these communities roughly a hundred years ago were more uniquely Western in their traditions and festivities. … In the long term, we might see a return of sorts to some of those earlier practices. Especially as American Muslims from Generation Y and Generation Z look for a spiritual home that is more in line with their political and social values.