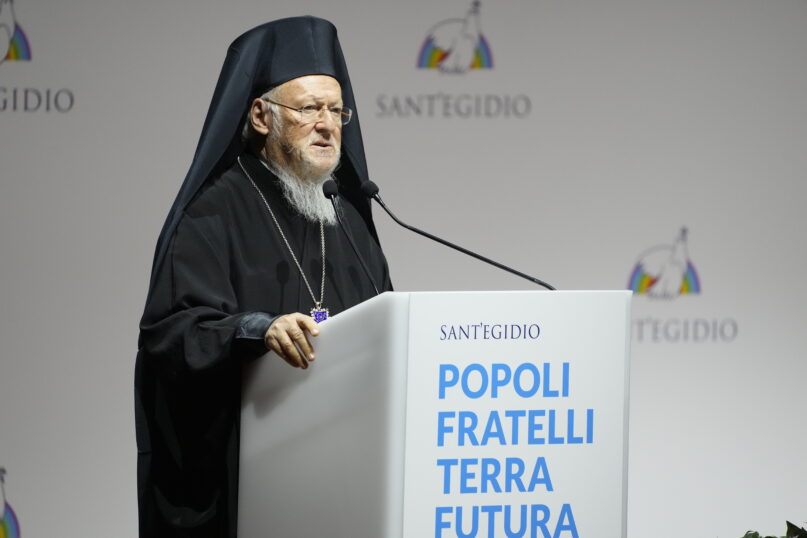 WASHINGTON (RNS) — The spiritual leader of Eastern Orthodox Christians has been hospitalized shortly after arriving in the United States for a visit slated to include a meeting with President Joe Biden.

Officials for the Greek Orthodox Archdiocese of America issued a press release on Sunday (Oct. 24) explaining that Ecumenical Patriarch Bartholomew I, who arrived in the U.S. the day before, had fallen ill.

“Immediately prior to departing for the service at the Cathedral of Saint Sophia, His All-Holiness Ecumenical Patriarch Bartholomew felt unwell — due to the long flight and full schedule of events upon arrival,” the press release read. “His doctor advised him to rest and out an abundance of caution he will be taken to the George Washington University Hospital for observation.”

Church officials issued another update later in the day, saying the patriarch is “feeling well” and that “at the doctors’ recommendation, he will spend the night in the hospital for monitoring and is expected to be released tomorrow morning.”

The patriarch, 81, was publicly vaccinated against COVID-19 in January and has urged others to do the same.

Bartholomew, the patriarch of Constantinople, whose prestige in Eastern Orthodox Christianity is similar to that of the Catholic pope but is considered to be first among equals, was scheduled to attend a series of events during a tour of the U.S. that would include New York and Pittsburgh.

While in Washington he was expected to attend a luncheon at the Museum of the Bible and meet with President Biden on Monday. After an appearance in West Virginia, he was to receive an honorary degree during a convocation at Notre Dame University in a show of solidarity with Roman Catholics, and finish his trip with a ceremony to mark the opening of St. Nicholas Greek Orthodox Church and National Shrine at Ground Zero in New York City.

It is unclear when or if any of his scheduled events will occur.

This is a developing story and may be updated.