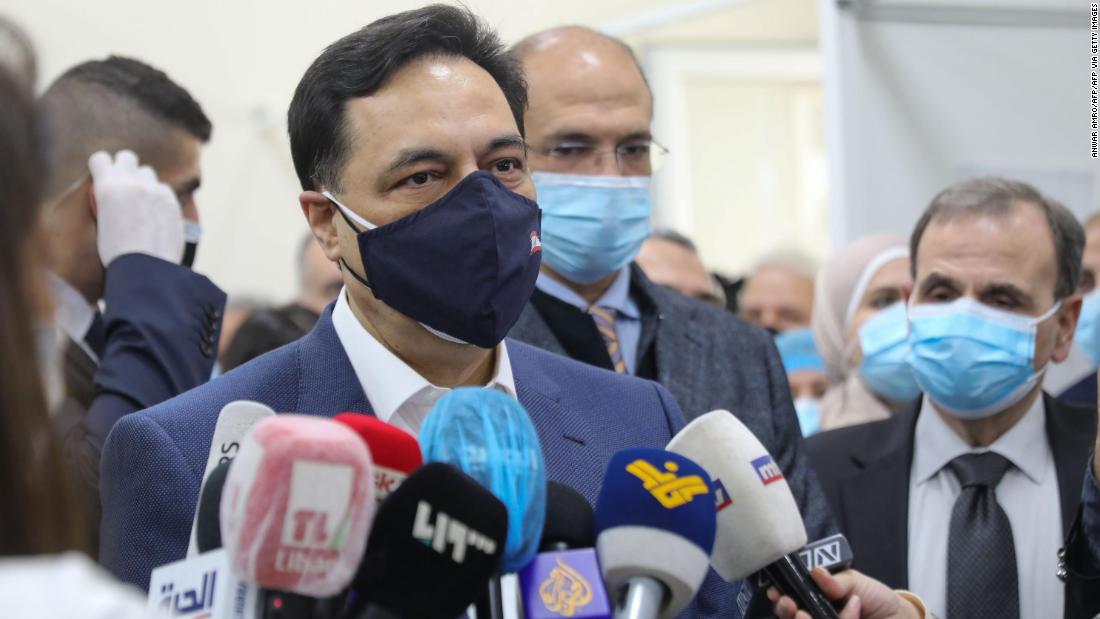 Lebanon is days away from a “social explosion” as the country’s economic disaster worsens, caretaker Prime Minister Hassan Diab said in a meeting with ambassadors and diplomats on Tuesday, the state news agency NNA reported.

“Lebanon is a few days away from the social explosion. The Lebanese are facing this dark fate alone,” Diab said.

Diab appealed for regional and international leaders to help rescue Lebanon from a crisis that has seen the local currency lose 90% of its value and left 77% of households without enough food, according to the United Nations.

Lebanon’s population now spend hours in long lines at gas stations trying to buy fuel, as residents struggle with power outages of up to 22 hours a day and severe medical shortages.

“I am calling on kings, princes, presidents and leaders of our friendly countries, and I am calling on the United Nations and all international organizations … to help rescue Lebanon from its demise,” Diab told the ambassadors.

Diab has been serving in a caretaker capacity since resigning in the wake of the catastrophic Beirut port explosion on August 4, 2020. Since then, fractious sectarian politicians have been unable to agree on a new government.

Diab also said only a new cabinet could restart talks with the International Monetary Fund (IMF).

“This government does not have the right to resume negotiations with the IMF to implement the recovery plan set by the cabinet, for this entails obligations on the next government that it may not endorse,” he said, according to Reuters.

The European Union’s foreign policy chief told Lebanon’s leaders last month they were to blame for the political and economic crisis and some could face sanctions if they continue to obstruct steps to form a new government and implement reform.

Diab noted repeated calls for assistance to be linked to reform, but said “the siege imposed” on Lebanon was not affecting the corrupt – an apparent reference to politicians.

He said Lebanese were running out patience and “linking Lebanon’s assistance to the formation of a new government has become a threat to the lives of the Lebanese and to the Lebanese entity.”