The initial strain severe acute respiratory syndrome coronavirus 2 (SARS-CoV-2) was found in Wuhan, in China. Due to high transmission rates, the virus rapidly spread around the world. Over 4.87 million people have died so far, and many countries have been plunged into economic crises due to the harsh restrictions required to prevent the further spread of the disease. These included social distancing measures, face masks, and in many countries, complete lockdowns. 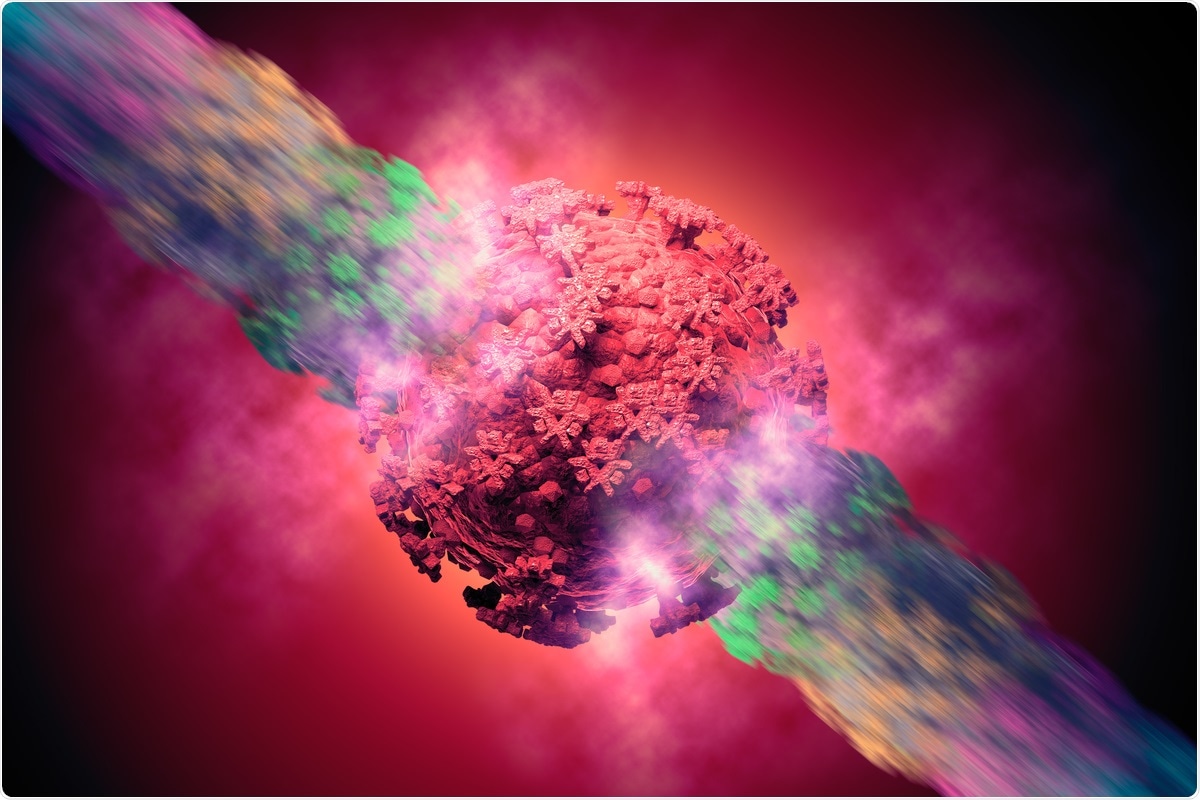 Mass vaccination schemes are beginning to allow some of these restrictions to be removed, but concerns remain over dangerous variants of concern (VOCs) that are becoming more prevalent. One of the most worrying strains is the Delta variant – currently the most common cause of new infections worldwide. The Delta variant, and other strains that carry the D614G mutation, have been known to evade both vaccine-induced and natural immunity. Researchers from Yale University and the University of Texas have collaborated to investigate mutations in some VOCs.

A preprint version of the study is available on the bioRxiv* server while the article undergoes peer review.

The D614G, amongst other mutations, alters the conformation of the highly glycosylated spike protein. The spike protein is key to SARS-CoV-2 pathogenicity. The receptor-binding domain (RBD) of the S1 subunit can bind to angiotensin-converting enzyme 1 (ACE1) and neuropilin 1 to permit viral cell entry, and the N-terminal domain is essential for membrane fusion.

For this reason, most vaccines target some area of the spike protein, and many studies examining seroprevalence of anti-SARS-CoV-2 immune response use assays looking for antibodies that target the spike protein. E484K is another widely known mutation that can help evade the immune response, and multiple other mutations such as L452R, N501Y, and P681R have been known to play similar roles.

The spike protein has four different possible conformations based on the orientation of individual protomers – these are “one-RBD-up,” “two-RBD-up,” “all-RBD-up,” and “all-RBD-down.” Using single-molecule Forster Resonance Energy Transfer (smFRET), the researchers have examined the viruses’ ability to move between these states in real-time and the conformations that exist during the transition between different states. These changes were characterized over the millisecond to the second range. They imaged lentivirus particles that carry only a single FRET-paired dyes-labeled SARS-CoV-2 spike protomer among unlabelled wild-type spike proteins on a prism-based TIRF microscope.

Protein tags were inserted before and after the receptor-binding motif of spike variants at certain positions to introduce dyes. Their analysis showed that D614G mutations would shift the conformation from the ‘all-RBD-down’ conformation, inaccessible to ACE2, to other conformations that would allow binding to occur. This is supported by multiple studies showing increased transmission of variants carrying D614G compared to wild type. Examination of the changes that E484K and N501Y can cause revealed that spike proteins in variants carrying these mutations were more likely to alter conformation and more likely to switch towards an ‘all-RBD-up’ conformation than any other.

The authors highlight the importance of their study in understanding how these mutations influence the behavior and functionality of the spike protein, especially as many variants of concern now share some of the more dangerous mutations that can increase transmissibility or help aid immune evasion.

As expected, they discovered that the D614G mutation showed signs of increased infectivity compared to the wild-type strain. It helped discover how the mutation affected the altering conformations of the spike protein trimer.

They also helped reveal which mutations altered the conformation from the mostly ‘all-RBD-down’ – a closed conformation that helps prevent the host’s immune system from attacking the virus – to a more open conformation that is better for rapid growth infection and increased transmission.

As well as this, the researchers showed that the E484K mutations increase the binding affinity of the spike protein by helping to change the conformation to a more open state, as well as aid with immune evasion by creating an electrostatic charge that makes neutralizing antibodies less likely to bind to the RBD.

The researchers argue that SARS-CoV-2 is now showing an altered survival strategy that has been selected for by mass vaccination programs, where strains showing immune evasion and rapid transmission have an evolutionary advantage.

bioRxiv publishes preliminary scientific reports that are not peer-reviewed and, therefore, should not be regarded as conclusive, guide clinical practice/health-related behaviour, or treated as established information