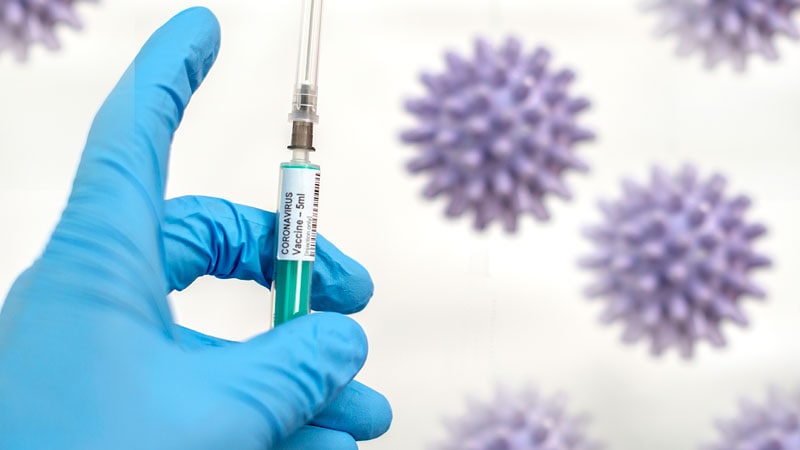 There are lots of unfounded fears about the COVID-19 vaccines floating around, and one of the most pervasive is the idea that these new shots aren’t really vaccines, but that they will somehow change your genes or insert themselves into the DNA of your cells.

You may see people posting on social media about the vaccines being a kind of gene therapy, and they’re partly right, but in the end this idea often misses some important details about how the vaccines work. They can’t change your genes, and they don’t stay in your body for more than a few days.

But plenty of people have distorted the way the vaccines work into something that could sound sinister. For example, in January, the Weston A. Price Foundation, a group that discourages vaccination, hosted a podcast where David Martin, PhD, described by FactCheck.org as a “financial analyst and self-help entrepreneur,” called the vaccines gene therapy.

Except that these shots are vaccines, according to the US Food and Drug Administration (FDA), and they don’t cause you to make a toxin.

So where did this idea get started?

“Like many rumors, there’s sort of an element of truth,” said Beth Thielen, MD, PhD, a pediatric infectious disease specialist at the University of Minnesota Medical School.

But the truth is that the vaccines involve sound science that sounds complicated to most people not educated in the field.

The vaccines made by Pfizer and Moderna use tiny oily envelopes called lipid nanoparticles to slip a single strand of genetic material called messenger RNA (mRNA) into our cells.

The Johnson and Johnson vaccine is slightly different. It uses double-stranded DNA inserted into a common, but inert virus called an adenovirus. This DNA also contains the instructions for building the spike protein. Once inside the cell, these instructions are read and translated into mRNA.

These bits of mRNA go into the jellied liquid called cytoplasm that makes up the body of our cells.

“Where they join about 200,000 other pieces of messenger RNA that are also sitting in every cell’s cytoplasm, because our cells make proteins and enzymes all the time,” saidsaid Paul Offit, MD, director of the vaccine education center at Children’s Hospital of Philadelphia.

The mRNA chains are basically work orders that spell out the instructions for making the spike proteins that stud the outside of the coronavirus that cases COVID-19. The virus uses its spikes to dock onto our cells and infect them.

It’s one of the viruses’ most recognizable features. Our cells read this mRNA and use them to assemble the spikes. The spikes migrate to the outside of our cells where they are recognized and remembered by our immune system.

These spikes, by themselves, are not dangerous. They can’t make anyone sick. They are essentially mug shots that help the body recognize and fight off the real perpetrator when it comes along.

The mRNA chains from the vaccines only last for a couple of days before they break down and the pieces are swept away by the body’s normal waste disposal system.

I think people hear that and they think ‘Oh my God, You’re going to alter my DNA. That’s not possible.

Messenger RNA is genetic material, so in that sense, the vaccines are genetically based therapy.

But the FDA classifies them as vaccines, not gene therapy.

“I think people hear that and they think ‘Oh my God, You’re going to alter my DNA,” Offit said. “That’s not possible.”

Offit explains that in order for the vaccines to alter a person’s genes, the mRNA instructions would have to enter the cell’s control center, the nucleus. The nucleus is walled off from the rest of the cell by its own membrane. To get past that membrane, the mRNA would have to have an enzyme called a nuclear access signal, Offit said, “which it doesn’t have.”

Even if it could get into the nucleus, the single strand of mRNA would have to be translated back into a double stranded DNA.

HIV, the virus that causes AIDS, can do this. It uses an enzyme like reverse transcriptase to insert itself into our chromosomes. The mRNA in the vaccines lacks this enzyme, so it can’t turn back into DNA.

The DNA adenovirus used in the Johnson and Johnson vaccine does enter the nucleus of our cells, but it never integrates into our chromosomes.

Even after those two steps, there’s a third firewall between the vaccines and our genes: Another enzyme, called an integrase, would be needed to stitch the new DNA into the DNA of our cells. That’s also not in the vaccines.

“So the chances are zero that that can happen,” Offit said.

Thielen said one way to think about mRNA is to imagine if a friend wanted to make a delicious salad that you have the recipe for.

“You’d go to your cookbook, you’d copy the recipe on a note card and give it to them,” she said. They can make the salad, but they don’t have the cookbook, the original cookbook. You didn’t change the cookbook, you just gave them a Post-it note or something that’s temporary and that’s meant to be, she said.

It’s true that these are some of the first vaccines to work this way, but the technology was years in the making. The science was given a final push by billions in funding that was made available through Operation Warp Speed.

The vaccines have now been given to millions of people. They are some of the most effective in the world at preventing severe outcomes from COVID infections. So far, they are holding up well against all the viral variants.

While very rare side effects have been linked to the vaccines, so far, the FDA has determined that the benefit from taking one far outweighs these rare risks for most people.

“I’ve been astonished, actually at how well it seems to be working. And so I think it is very exciting from a vaccine development standpoint that we have new tools in our armamentarium to make new vaccines,” Thielen said.

But she said there’s still more to learn.

“I think we need to do dedicated studies of this platform to really understand how long the protection lasts and how well does it adapt to other vaccine targets — like RSV. I think that remains to be seen,” Thielen said.