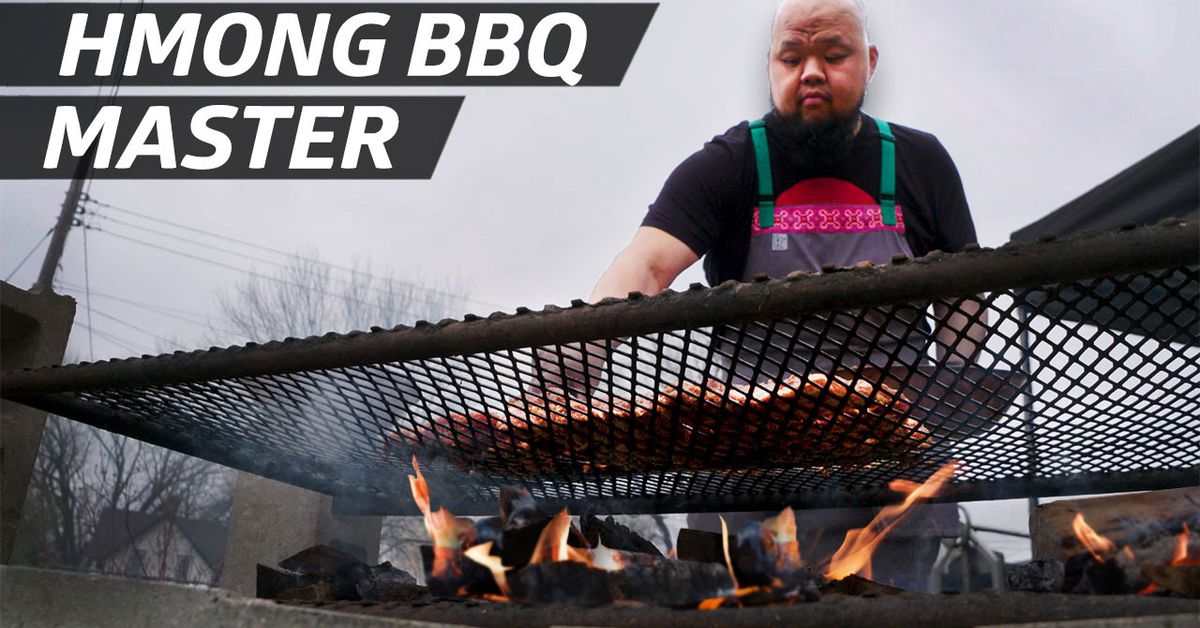 “I believe that Hmong food isn’t a type of food, but it’s a philosophy of food,” says chef Yia Vang of Vinai in Minneapolis. “It’s a way of thinking about food. It tells the story of our people.” The chef is talking about the food of his Hmong culture, which comprises the traditions of the people living in southern China, Vietnam, Laos, Thailand, and Myanmar.

It’s from these cultures that he draws inspiration for his restaurant, where almost everything is cooked over an open flame, and where he got the idea for his large format “Vinai feast.”

The Vinai feast represents bountifulness, he explains. Once his grill is set up, ready to char a mix of Minnesota oak and charcoal, he begins to prepare his proteins. Shrimp with the heads and tails still on get covered in salt, fish sauce, and chile oil; Sichuan peppercorn coffee-crusted ribs are placed in a grate over the flames. Lemongrass gets whacked on a table to release the oils, and stuffed into the mouths of whole snappers before being placed on the grill. A dry-rubbed chicken gets ready for the fire, and a complex pork marinade gets made.

“Pork is very important to the Hmong people,” he explains. “If you think about a food pyramid, for the Hmong people pork is basically the entire bottom third.” He marinates his pork in what he calls “Hmong sofrito,” which is made up of lemongrass, ginger, garlic, shallots, Thai chilies, chile oil, tamarind, fish sauce, oyster sauce, and Korean chili flakes. He lets it cook low and slow, caramelizing far away from the flame.

Once the grilled meats and fish are ready, he covers a long table in banana leaves, and lays out all of the components including vegetables, rice, and noodles for the communal gathering. “Our cultural DNA is intricately woven into the foods that we eat,” he explains. “And when you dine with us, you’re not just eating a meal, you’re actually partaking in our history.”