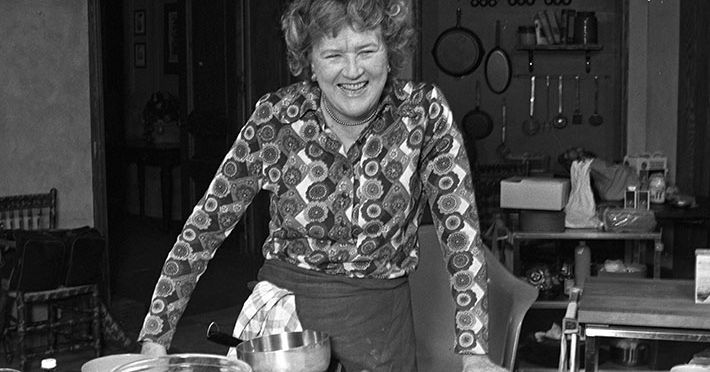 It’s hard to understate the influence Julia Child has had on American cooking, between helping home chefs learn about French cuisine to being a trailblazer of food television. Now, from Betsy West and Julie Cohen, the directors of the Oscar-nominated documentary RBG, comes Julia, which aims to tell “the story of the legendary cookbook author and television superstar who changed the way Americans think about food, television, and even about women.” Finally, Julia without Julie!

The documentary, which has no release date yet, uses archival footage and interviews with chefs and friends to tell Julia Child’s story. At this point, it’s is a pretty well-worn tale. She joined the OSS during WWII, where she met her husband, Paul, and helped develop shark repellant. She and Paul moved to Paris, where she tasted the sole meunière that would cement her love for French food, and enrolled in Le Cordon Bleu. She joined with Simone Beck and Louise Bertholle to publish Mastering The Art of French Cooking in 1961, and then starred in PBS’ The French Chef in 1963. From there, she continued to write books, appear on television, and generally influence the tastes of home cooks across the country. The trailer hits all these beats, so hopefully, the documentary says more about Child’s life than can be gleaned from her Wikipedia page. But at least it’ll be another opportunity to watch her cook.