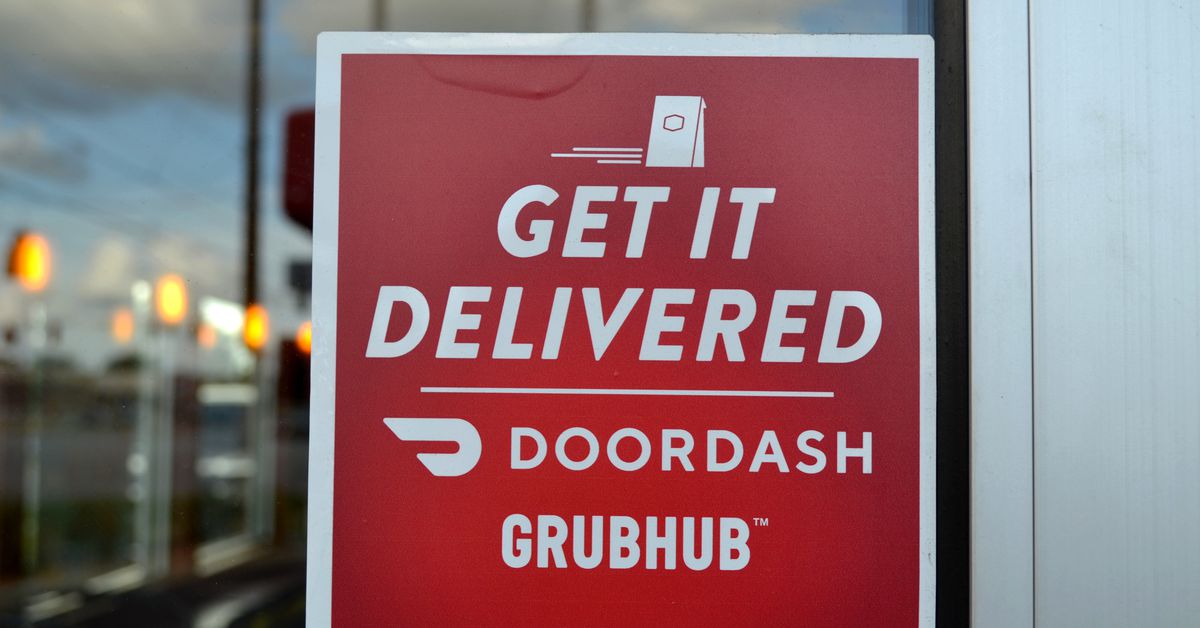 The city of Chicago has filed separate lawsuits against Grubhub and DoorDash alleging the third-party delivery companies “engaged in deceptive practices to prey on its affiliated restaurants.” The lawsuits, filed today, August 27, in Cook County circuit court, contain a multitude of allegations, including that the companies use bait-and-switch tactics to fool customers into thinking they’ll be paying lower fees compared to what they’re ultimately charged.

The DoorDash lawsuit also alleges that the company “used consumer tips to pay itself rather than its drivers.” There’s also the question of the Chicago Fee, the charge DoorDash added to compensate for the city’s pandemic-era fee cap. The city says DoorDash tried to make it seem like the Chicago Fee was being administered by the city, and even included a customer’s tweet from January in the lawsuit: “one thing about Chicago, they gon tax your ass LMAO.”

A DoorDash spokesperson says drivers get 100 percent of tips but had no comment on the Chicago Fee. Tipping was also the subject of a $2.5 million settlement after the Washington, D.C. attorney general investigated DoorDash in November 2020. At one point, DoorDash was using tips to subsidized wages for drivers, meaning employees wouldn’t earn more than their locked-in wages. DoorDash has since ended this practice.

Attorneys for the city listed many issues relevant to restaurant owners in the lawsuits, including adding restaurants to the platform without the owner’s knowledge or consent, using telephone routing numbers to charge commission on phone calls that didn’t result in orders, and even creating fake restaurant websites to redirect customers to the delivery platform. Many owners have raised concerns that the city hasn’t done enough to help them, although the city did institute a 15 percent fee cap on third parties first instituted in November 2020. DoorDash and Grubhub are suing San Francisco over its decision to implement a permanent fee cap on third-party delivery companies; New York is now looking to enact the same policy.

These are the first lawsuits of their kind of America. Other municipalities have sued the companies, honing in one a single issue. For example, Massachusetts’ attorney general sued Grubhub in July, accusing it of violating a fee cap. Chicago’s lawsuit is the first to combine a variety of issues in one filing; city officials say one lawsuit is more efficient.

On Friday afternoon, Chicago’s restaurants cheered the city’s filings. Many of them — including Medici’s on 57th Street, Bianca’s Burgers, Parachute — were mentioned in the lawsuit, citing social media posts and media coverage of the alleged mistreatment. One example came from Taqueria La Chaquita in Lawndale, with a DoorDash menu pulled on August 26 showing a selection of seafood tacos. Mariscos are great, however, the restaurant does not serve seafood.

“This is is how restaurants have been feeling for longer than the last 18 months,” says Scott Weiner, co-owner of the Fifty/50 Restaurant Group. Weiner, whose company includes Roots Handmade Pizza and Utopian Tailgate, adds: “It feels a little [vindicating] to read and to hear that finally, after a lengthy investigation, that we’re right. They’ve ruined us. We’ve been taken advantage of.”

In January, Phil Foss, owner of El Ideas, a creative fine dining restaurant in Douglass Park, shared his displeasure with third-party delivery apps in an op-ed with Eater Chicago, writing “the restaurant industry has been cannibalizing itself by joining delivery services like Grubhub, DoorDash, and UberEats.” On Friday, Foss said “it’s incredibly inspiring to feel like someone’s listening to restaurants.”

“Mayor Lori Lightfoot’s office and the city are in the right to stand up to the bullying tactics of third-party delivery services,” Foss adds. “These predatory companies have cornered restaurants into accepting their exorbitant fees, or to not realistically have a chance to compete at all.”

Steingold’s, the modern Jewish deli next door to the Music Box in Lakeview, hasn’t used either company for almost two years, says owner Aaron Steingold. Instead, he’s found success with bike messenger service Cut Cats and Tock, the reservation and ordering portal co-founded by Alinea Group’s Nick Kokonas that was recently sold to Squarespace. “I think the lawsuit is a long time coming, and fully support it,” Steingold says. “Using these services, with their unreasonably high commissions, results in lower quality food and minimal to no profit margins for small restaurants.”

Grubhub vehemently rejected each of the city’s allegations, saying that the company is following the city’s mandate to include a clear and itemized fee breakdown.

We are deeply disappointed by Mayor Lightfoot’s decision to file this baseless lawsuit. Every single allegation is categorically wrong and we will aggressively defend our business practices. We look forward to responding in court and are confident we will prevail.

This lawsuit is baseless. It is a waste of taxpayer resources, and Chicagoans should be outraged. DoorDash has stood with the City of Chicago throughout the pandemic, waiving fees for restaurants, providing $500,000 in direct grants, creating strong earning opportunities, and delivering food and other necessities to communities in need. This lawsuit will cost taxpayers and deliver nothing.

Lightfoot is believed to be leading the charge on this lawsuit, angry that she had been deceived, sources say. Last year, with COVID-19 just starting to spread, Lightfoot conducted a news conference at city hall flanked by Grubhub CEO Matt Maloney for an awkwardly rolled-out announcement in which Grubhub said it would give restaurants a break by deferring the collection of fees. The mayor stressed how important delivery could be with indoor dining in jeopardy; she described Chicago-based Grubhub as a strong community partner, an entity that cared about small businesses. At a city meeting two months later, a group of restaurant owners shared their horror stories in dealing with third-party delivery companies, and that’s what helped trigger the city’s investigation.

Many restaurant owners who are active members in the Illinois Restaurant Association participated in that city meeting last year. Association President and CEO Sam Toia provided this statement to Eater.

The IRA has long advocated in both the city of Chicago and statewide that any third party delivering restaurants’ food — or using their names, logos and menus — without consent is a serious issue for the industry. We appreciate the city of Chicago taking action to help restaurants protect their brands and businesses. Hopefully, this step will lead to all parties coming together to find a permanent resolution with guardrails in place moving forward.

Though both DoorDash and Grubhub generate billions of dollars in revenue, the two companies have struggled to turn a profit despite record sales throughout the pandemic, resulting falling stock prices. Grubhub and DoorDash have poured money into advertising, something that rivals including UberEats — which the city isn’t suing — have also done.

Heather Bublick, co-owner of Evanston-based barbecue spot Soul & Smoke, says UberEats is the only big delivery platform that worked with her to keep fees relatively low. Soul & Smoke also has ghost kitchen locations in Avondale and South Loop and those locations primarily rely on delivery, she says, so every percentage helps. Despite the endorsement from Bublick, UberEats may not be off the hook, as the city isn’t finished with its investigation and more lawsuits could be filed.

The city’s lawsuit against Grubhub also referred to the company’s “Supper for Support” campaign, which used “somber piano music” in taking “advantage of consumers’ concern for struggling local businesses with deceptive language that significantly misrepresented the true qualities and characteristics of these programs.” The lawsuit further alleges that Grubhub’s promotion came at expense of restaurants, forcing them to cover the costs of any discounts offered to customers:

Grubhub didn’t mention its communication with consumers but on Friday the company said that restaurants that participated in the program knew about specifics and nothing was held back.

The city wants the companies to abide by existing policies, and there isn’t an exact sum listed in terms for damages sought. The lawsuit asks for $2,000 to $10,000 for every offense or party harmed; that total could add up. The city also wants the companies “disgorge” any profits made due to any alleged violations. Upon receiving the filings and being served, Grubhub and DoorDash will have 30 days to respond before a court date is assigned.