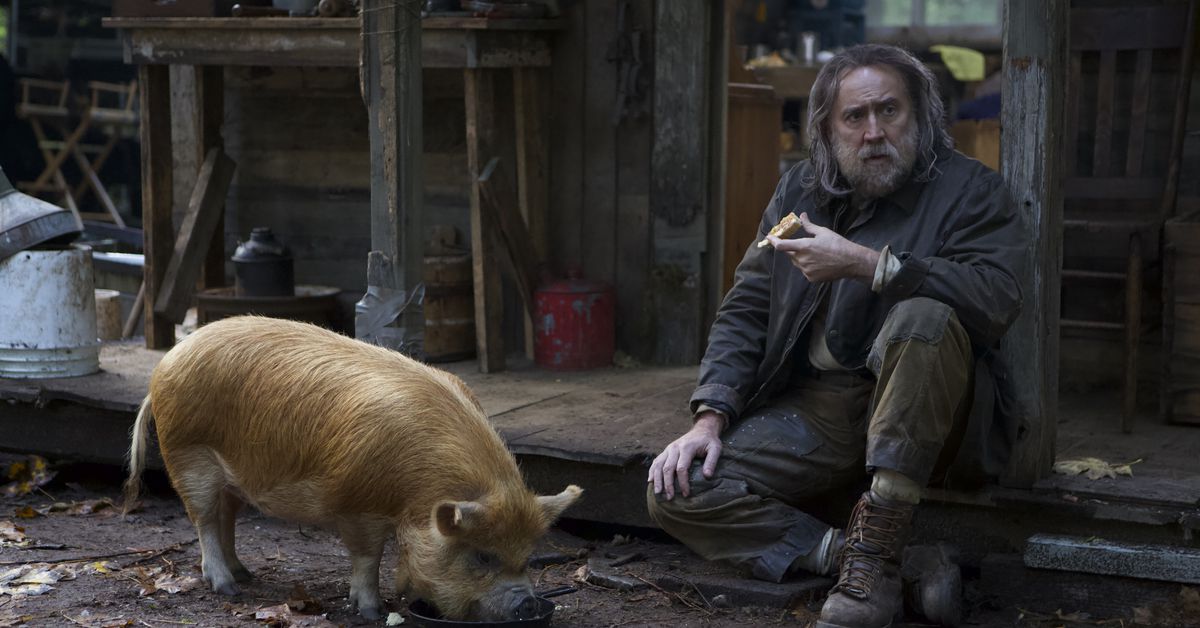 It’s not every year that the movie of the summer is a food movie, but Nicolas Cage has blessed us with Pig: the feature film debut from director Michael Sarnoski in which Cage plays a chef-turned-truffle-forage who has been living off-the-grid in the Oregon would until his truffle pig is rudely stolen from him. He returns to the Portland, Oregon dark, grizzly restaurant scene, and is forced to face some serious personal demons. (This isn’t a spoiler: that’s all there in the trailer.)

The film was largely shot on location, and star PDX chef Gabriel Rucker created a signature dish for Cage to cook in the movie.

If the premise sounds kind of like John Wick, don’t be fooled. Critics, many of whom have raved about the film and Cage’s performance, note that Pig is much stranger and smaller than its trailer promises. And it is the only movie I want to talk about.