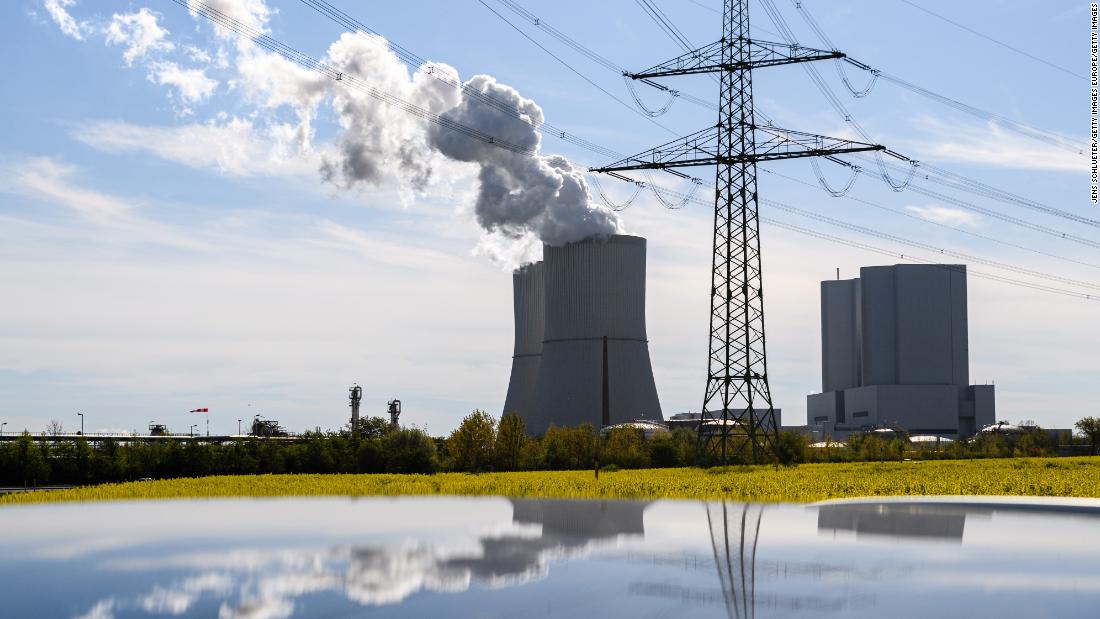 The European Union has unveiled some of the world’s most ambitious proposals to reduce carbon emissions and wean its 27 members off fossil fuels, including taxes on emissions-heavy imports into the union and non-renewable energy, such as oil, gas and coal.

The package of measures looks to fundamentally transform the world’s single largest trading bloc. It touches on almost every area of economic activity – from how citizens heat their homes and commute, to a total upheaval of manufacturing practices.

The EU last month enshrined in law its target to reduce emissions by 55% by 2030, compared with 1990 levels, but on Wednesday unveiled the aggressive 10-step program, titled “Fit for 55,” which is a roadmap for how it will achieve its reduction.

At a press conference in Brussels on Wednesday, EU Commission President Ursula von der Leyen said that Europe had become the first continent with “a comprehensive architecture” to meet its climate ambitions.

“We have the goal, but now we present the roadmap to how we are going to get there,” she said.

“We know, for example, our current fossil fuel economy has reached its limits. And we know we have to move on to new model one that is powered by innovation, that has clean energy that is moving toward a circular economy.”

While the package is bold, climate activists have criticized the 55% target for not being strong enough to prevent global temperatures from rising to 1.5 degrees Celsius above pre-industrial levels, which scientists say is necessary to stave off more severe impacts of climate change.

The European Union accounts for around 8% of the world’s carbon emissions from fossil fuels. Containing rising temperatures will need firm action from bigger economies, including the US and China, the world’s two biggest carbon emitters.

The plan is also unlikely to be implemented in the way that von der Leyen and her fellow commissioners have envisioned. First, it must go through the EU’s exhaustive legislative process, which could take many months, even years. It will need to be read, amended and approved by both lawmakers in the EU Parliament and the EU Council, the forum in which the elected leaders of each member state debate such matters.

What else is in the roadmap?

The plans – which form part of von der Leyen’s broader Green Deal, a key plank of her Commission’s 2019-2024 agenda – takes particular aim at transport, both personal and commercial, across the block.

Von der Leyen announced cars with combustion engines, for example, would not be produced within the bloc from 2035. Financial incentives would be offered to countries that replace traditional fuel with a sustainable alternative in aviation and maritime transportation.

The proposed carbon border would place tariffs on certain goods produced outside the bloc, depending on their carbon footprint, subjecting them to the same standards that already exist for goods produced within the EU.

The plans is to discourage EU companies from importing cheaper materials from places where environmental standards are lower. In the initial implementation, the sectors affected would include cement, iron and steel, aluminum, fertilizer and, crucially, electricity.

Minimum tax rate for petrol and gasoline fuels would be increased by significant margins, as would tax on kerosene.

Another key pillar of Wednesday’s package is a lowering of the cap in the EU Emissions Trading System (ETS), the world’s first and largest carbon market.

Created in 2005, the ETS works by placing a cap on the carbon emissions companies within the EU are allowed to produce each year. If a company goes over, they are fined. They can also buy “allowances” from others in the ETS, roll over unused allowances. Over time, the cap set by the ETS goes down across the entire carbon market.

Presenting the package, von der Leyen said that these measures, which would cost €500bn “at the Europe level alone” would also create financial “incentives for the private sector, so that they complement” the EU’s overall ambition.

There is likely to be pushback against many of the proposals within the EU. EU officials admitted to CNN that even getting the college of commissioners to agree on what von der Leyen put forward on Wednesday was a struggle.

Some member states are poorer than others, meaning the transition to Brussels’ goals are harder, while other member states have economies built on industries that by their nature produce more emissions.

It will also be politically difficult, as member states are currently divided on many other pan-European issues – from rule of law to human rights – and will likely use this debate on climate change as a proxy for other ongoing rows.

EU diplomats told CNN that they expected opposition from countries like Poland and Hungary, who are currently embroiled with the European Commission, but also potentially wealthy and powerful nations like Germany, which has a mixed history on climate change due to its large manufacturing base.

But there are also many Members of European Parliament who think the proposals don’t go far enough. If the Council waters down von der Leyen’s initial text to appease opposing member states, there is also the possibility that parliamentary objection could grow.

“The proposals presented by the Commission, postpones the most stringent climate measures until the past 2030,” said Michael Bloss, a German MEP sitting in the parliament’s Green group.

“In their proposal, free allowances for industry will only end in 2036, the kerosene tax only applies fully as of 2030 and the internal combustion engine will only be phased out in 2035. Although it is technologically and economically possible to implement these policies earlier, in this form, the Green Deal will not be enough to limit global warming to 1.5C,” he said.

On the other side of the debate, MEPs like Gunar Beck – who represents the right-wing nationalist Alternative fur Deutschland (AfD), Germany’s largest opposition party – say that while they don’t dispute a need to tackle climate change globally, the EU’s position could have negative effects.

“Even if the EU becomes carbon neutral, other developing countries will rapidly increase their emissions. What it will do is worsen the competitive position of EU companies and further impair the EU’s economic recovery,” he said.

If negotiations drag for years, von der Leyen and her allies may not even be around to see them through, as their mandate ends in November 2024.

While climate change is not going to be dropped from the EU agenda any time soon, the political makeup of the bloc could change radically in that time. There are elections in Germany and France that could shake up both countries within the next year and, post-pandemic, the political direction for the future of the EU is uncertain.