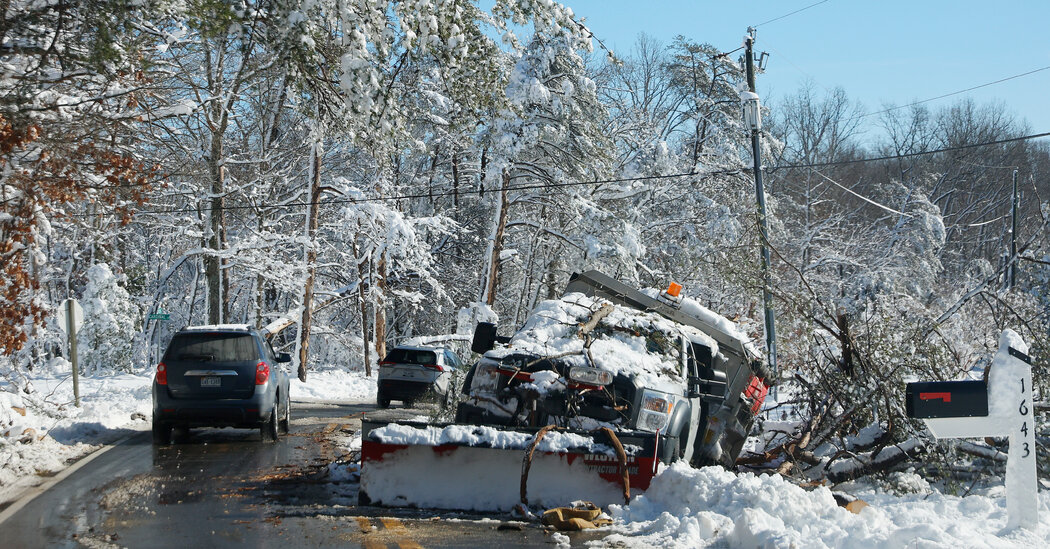 Biden’s climate agenda in peril. President Biden is facing an increasingly narrow path to fulfill his ambitious environmental goals with the Build Back Better Act — which contains $555 billion in proposed climate action — in limbo on Capitol Hill.

Road salt also corrodes vehicles and bridges, causing $5 billion in annual repairs in the United States, according to an estimate by the Environmental Protection Agency. AAA suggests drivers wash and clean their vehicles regularly during winter to help offset the effects of road salt and to limit driving when salt and other de-icing chemicals are at their highest concentrations.

In Britain, the Salt Association said that salt was the cheapest form of de-icing material and that it had a low environmental impact when used responsibly. “As with all highway maintenance activities, there are environmental implications from winter road maintenance,” the organization said in a statement. “Highways depots, spreading vehicles and the de-icing agent all contribute, but with good management, this burden can be minimized.”

Alternative methods can mitigate the damage.

While there is not a perfect solution to the issue, there are alternatives that can significantly reduce salt usage without compromising driver safety.

One method involves treating roads before storms with a salt brine solution, which can lead to a 75 percent reduction in the amount of salt used while keeping roads just as safe, according to the Cary Institute. Building better salt storage sites can also minimize waste.

Some counties, like Jefferson County, Wis., have already made changes. Bill Kern, the county’s highway commissioner, said switching to a brine solution had enabled the county to cut its salt use by up to 60 percent since 2018 without an increase in the number of accidents. By using less salt, the county has reduced its overall cost for winter maintenance of state and county highways by 20 percent since 2018, saving about $1.6 million, Mr. Kern said.

Over the past decade, some states, including Rhode Island, have passed legislation aimed to reduce their use of road salt and have increasingly applied a brine solution to roads in winter, but environmentalists say more needs to be done.