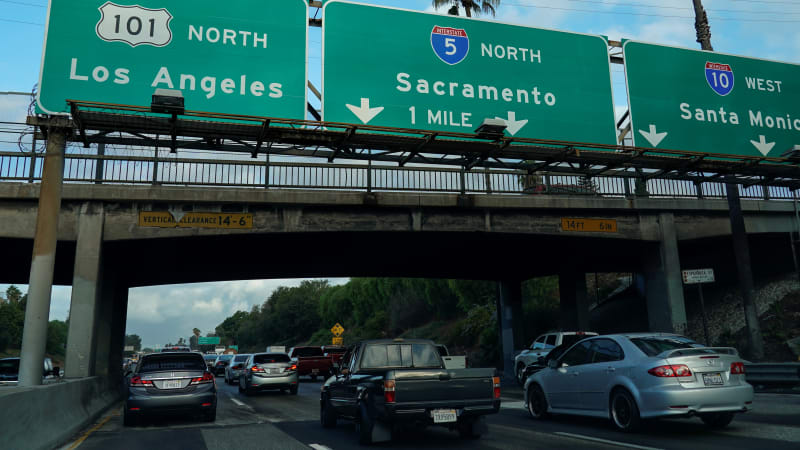 WASHINGTON — General Motors on Sunday said it had agreed to recognize California’s authority to set vehicle emission standards under the Clean Air Act.

The move will make the Detroit automaker eligible for government fleet purchases by the state of California, GM said.

The automaker made the commitment to recognize California’s authority in a letter to California Gov. Gavin Newsom. GM said in the letter it is “committed to complying with California’s regulations.”

Soon after Joe Biden was elected president, GM in November 2020 reversed itself and no longer backed an effort by the then-Trump administration to bar California from setting its own emissions rules.

“GM is joining California in our fight for clean air and emission reduction as part of the company‘s pursuit of a zero-emissions future,” Newsom said. “This agreement will help accelerate California’s nation-leading commitment to tackling the climate crisis.”

GM announced in January plans to eliminate tailpipe emissions from new light-duty vehicles by 2035. In June, GM boosted global spending on electric and autonomous vehicles to $35 billion through 2025, 30% over its prior forecast.

“We are committed to working in collaboration with California to achieve an equitable transportation future,” said GM’s global public policy chief Omar Vargas.

In November 2019, California said it planned to halt all purchases of new vehicles for state government fleets from GM, Toyota and other automakers backing former President Donald Trump in the tailpipe emissions battle.

California said it purchased $58.6 million in General Motors vehicles between 2016 and 2018.

In July, 16 Republican state attorneys general urged the EPA to reject reinstating California’s authority. “The Golden State is not a golden child,” they wrote.

California plans to ban the sale of new gasoline powered passenger vehicles starting in 2035, a step the Biden administration declines to endorse. Biden has called for 50% of new vehicles sold by 2030 to be electric or plug-in hybrid.