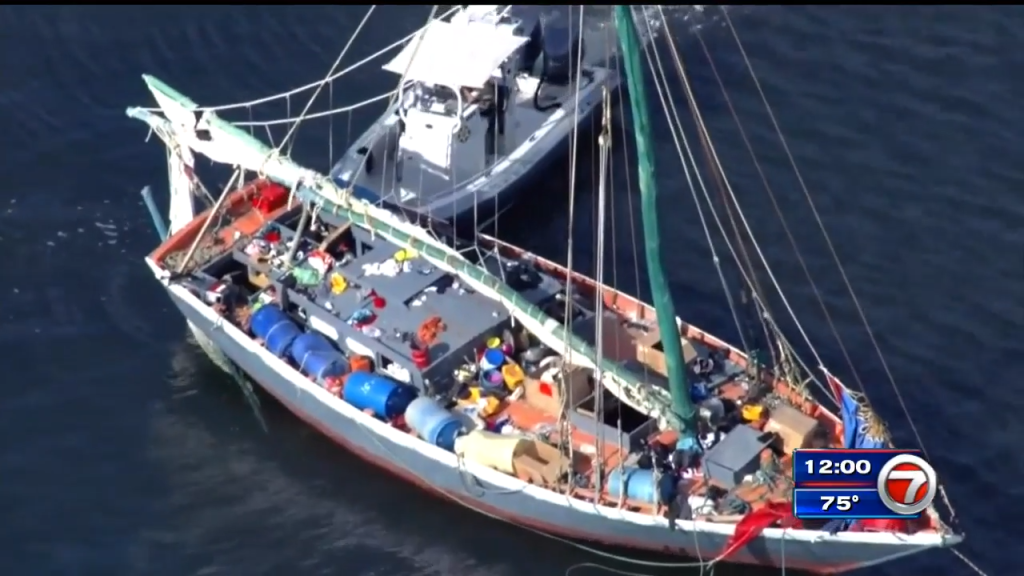 KEY LARGO, FLA. (WSVN) – Miami-Dade Fire Rescue units responded to reports of a capsized vessel with close to 200 people on board near Ocean Reef Club.

Rescue officials said 11 units responded to the scene of the members-only property just after 3 a.m., Monday.

The Coast Guard, U.S. Customs Border Protection and Miami-Dade Fire Rescue were those included in the 11 units that responded to the call.

“We’ve got a migrant vessel with 186 souls on board and a possible capsize, according to coast guard,” said a Miami-Dade Fire Rescue Dispatcher.

“Looks like that the vessel is taking on water and 187 souls on board,” said another Miami-Dade Fire Rescue Dispatcher. “The last we have is it’s going to be an imminent landing at Ocean Reef.”

Dozens of Haitian migrants risked it all for a new life in the U.S. and ended up in danger.

Their boat had taken on water off the coast of Key Largo.

Everyone was removed safely from the vessel.

Around 20 people needed medical attention while four were transported to a local hospital.

Of the four transported, two patients were said to be pediatric and the other two were adults.

This is the second group of Haitian migrants to have reached the Keys in the last few weeks. On Christmas Eve, 52 migrants were taken into custody also after arriving in Key Largo in a sailboat.

“Terribly difficult situation,” said Chuck Post, who lives nearby. “They’re fleeing from gangs and crime and no jobs and social disorder. On the other hand, they can’t come into this country illegally like this, so it’s a very difficult situation, and what’s the best way to handle it?”

7SkyForce hovered over the scene as those on board the boat were loaded onto buses headed towards the Dania Beach Border Patrol Station for processing.

Some migrants peaked behind the bus curtains as the wait to see how their journey will end.

Copyright 2021 Sunbeam Television Corp. All rights reserved. This material may not be published, broadcast, rewritten or redistributed.

Join our Newsletter for the latest news right to your inbox