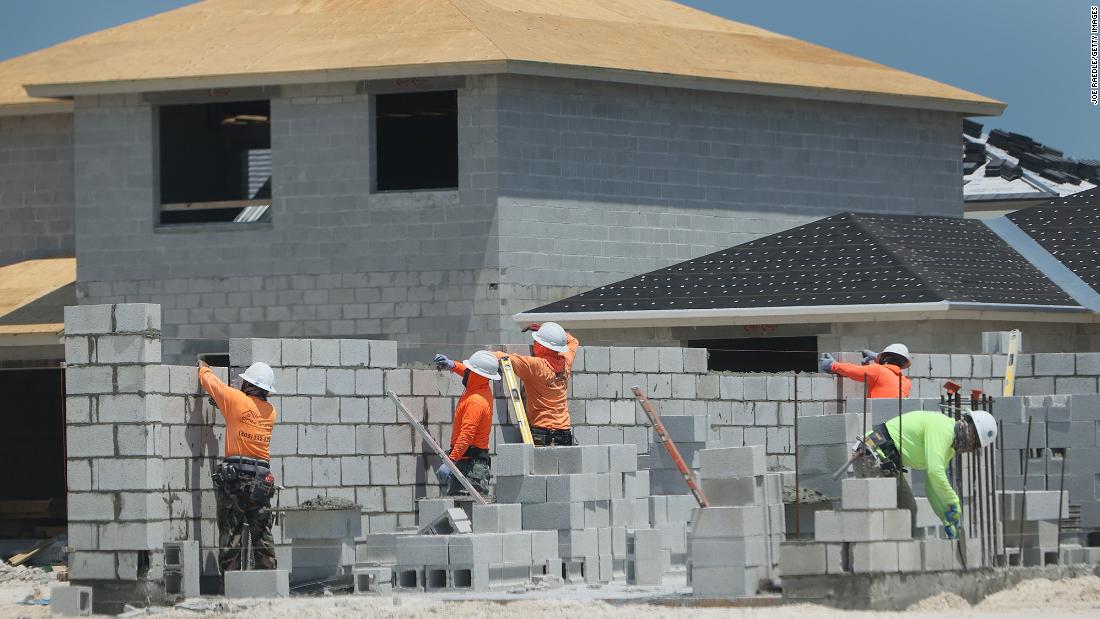 “Groups representing the full range of the homebuilding supply chain, from loggers and lumber companies, to contractors, labor leaders, realtors and affordable housing advocates,” will also attend, per the official.

The group is set to “discuss strategies to address short-term supply chain disruptions in the homebuilding sector and the longer-term housing investments proposed in the President’s Build Back Better agenda,” the White House official said.

More broadly, a senior administration official explained to CNN that the group will be “helping to try to coordinate between folks who don’t necessarily convene on a regular basis,” adding that they will help coordinate ways to clear bottlenecking in the housing space.

During the meeting, the official added, the group will outline constraints on the industry and ways the government can help ease those issues.

The meeting, first reported by Bloomberg News, also comes as a government report released earlier this week showed that consumer prices surged in June at the fastest annual pace since 2008. And nationwide, home prices have reached new highs.

The White House has sought to downplay inflation concerns as temporary, and the official pointed Friday to recent easing in the price of lumber as a “welcomed” development.

“Producers and providers respond to price signals. And we’ve seen that in, in the case of lumber and I think we’re gonna see that in the case of autos, obviously those signals get jammed, when you have pandemic-related constraints. But as those constraints ease, we will see price signals, I think, pull in strong demand,” the senior official said.

Housing is also a key aspect of Biden’s sweeping infrastructure agenda and is likely to be included as part of the $3.5 trillion budget Democrats are working toward passing along party lines through the reconciliation process.

“I say it all the time: housing is infrastructure. Building homes is good for everyone – workers, communities, tenants, homeowners, businesses. When we talk about the Build Back Better Agenda, we’re talking about building and rehabilitating more than two million homes,” Fudge tweeted from the White House account Friday.