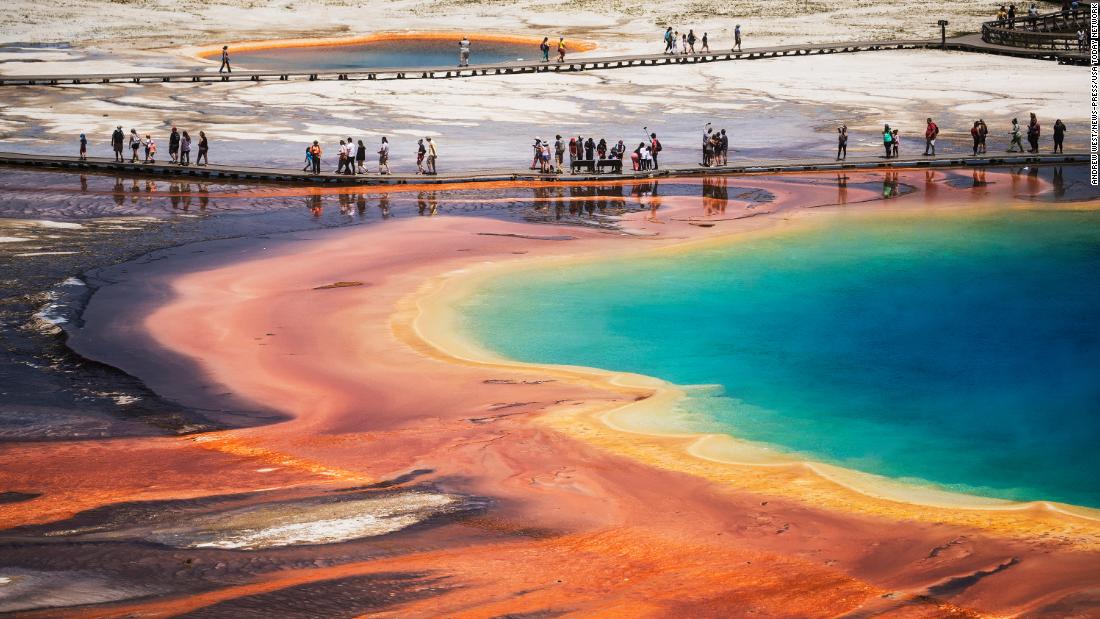 (CNN) — A Connecticut woman who walked directly on thermal features at Yellowstone National Park in July was sentenced to seven days in jail, prosecutors said.

Madeline S. Casey, 26, pleaded guilty to the misdemeanor offense, according to a statement from the US Attorney’s Office for the District of Wyoming.

“Although a criminal prosecution and jailtime may seem harsh, it’s better than spending time in a hospital’s burn unit,” acting US Attorney Bob Murray said.

In July at the park’s Norris Geyser Basin, Casey and another person left a protective walkway, approached a thermal pool and walked directly on the ground. Signs nearby instruct visitors to remain on the boardwalk.

“The ground is fragile and thin and scalding water just below the surface can cause severe or fatal burns. More than 20 people have died from burns suffered after they entered or fell into Yellowstone’s hot springs,” park spokesperson Morgan Warthin said in the statement.

A judge ordered Casey to pay $2,040 in fines, fees and community service, according to court documents. Her jail time must be served by January 31, 2022, and she is banned from the park during her two-year probation.

Casey and her attorney, Ryan Wright, did not respond to CNN’s request for comment Thursday.

Officials have been stressing the importance of adhering to safety signs at the national park.

In May last year, a woman was burned after falling into a thermal feature at Yellowstone when it was closed due to the coronavirus pandemic. She told park rangers she was moving backward to take photos when she fell at the Old Faithful Geyser, one of the most famous geysers in the world.
Two men last year were caught trespassing on the cone of Old Faithful, which is a closed thermal area. They were sentenced to 10 days in jail and five years of probation. They were also ordered to pay $540 restitution and banned from the park for five years.
“Visitors must realize that walking on thermal features is dangerous, damages the resource, and illegal,” Park Chief Ranger Sarah Davis said regarding their sentencing. “Law enforcement officers take this violation seriously.”

CNN’s Aya Elamroussi and Amanda Jackson contributed to this report.