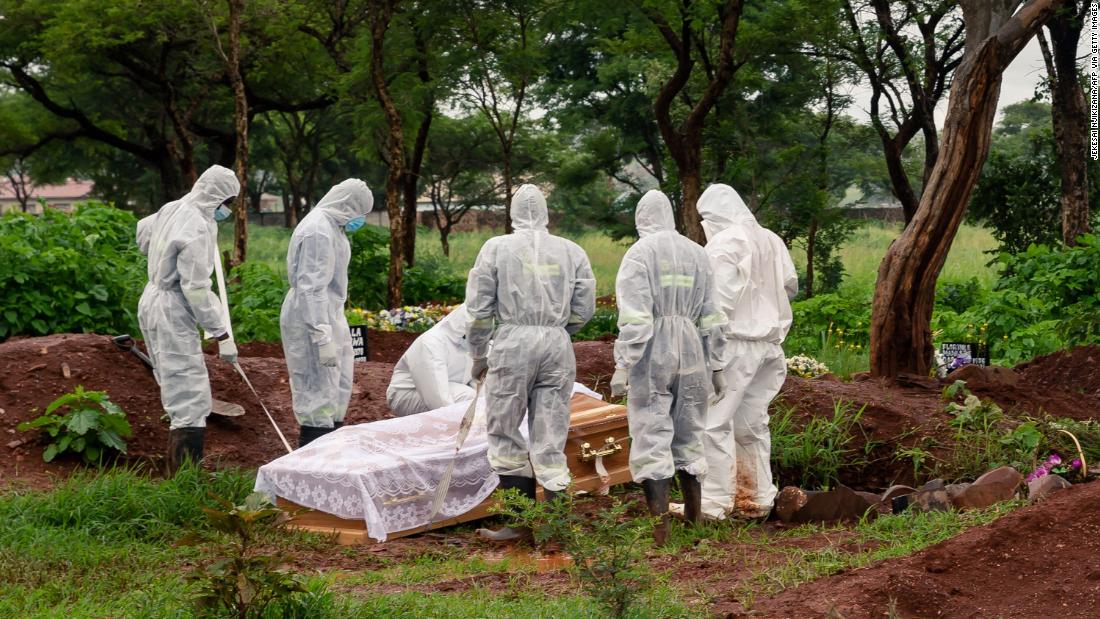 The second wave of the coronavirus pandemic has hit Africa much harder than the first wave, a new analysis has shown.

Daily new infections across the continent were approximately 30% higher during the second wave, according to the study published in The Lancet journal. Its authors say it is the first comprehensive continent-wide analysis of the pandemic in Africa.

The data showed that while an average of 18,273 daily new cases were being reported across the continent during the first peak of the epidemic in mid-July, this number rose to an average of 23,790 by the end of December when 36 of the African Union’s 55 states had experienced or were experiencing a second wave.

Dr. John Nkengasong, the director of the Africa Centres for Disease Control and Prevention and one of the authors of the study, said the more aggressive second wave was likely caused by several factors, including a lower adherence to health measures such as mask wearing and social distancing, as well as the emergence of the new, more infectious variants.

“These insights also reveal a need to improve testing capacity and reinvigorate public health campaigns, to re-emphasize the importance of abiding by measures that aim to strike a fine balance between controlling the spread of Covid-19 and sustaining economies and people’s livelihoods,” he added in a statement.

However, Nkengasong told CNN public health measures alone will not be enough to stop further waves of the pandemic in Africa. “Without urgent scale-up of the vaccines, we will definitely see the third wave, which has already started in some African countries,” he said.

“Vaccines protectionism will definitely make the situation worse, and … will be detrimental to the global efforts to win the battle against Covid 19,” he added.

African countries are lagging behind the rest of the world in vaccination rollouts, because the majority of countries on the continent have not yet received any vaccine deliveries.

African countries are largely relying on the COVAX scheme, a global vaccine-sharing initiative that provides discounted or free doses for lower-income countries. The supply is very limited, though. According to the World Health Organization, an estimated 90 million doses will be provided to Africa in the first half of this year. That’s enough to immunize just 3% of the continent’s population. As more vaccines become available, the aim is to vaccinate at least 20% by the end of the year, WHO said.

In comparison, the United States is planning to make vaccines available to all adults by May 1. The United Kingdom has already vaccinated more than half of all adults and is aiming to offer the vaccine to everyone by the end of July. The European Union said Wednesday it wants to vaccinate 70% of its citizens by the end of summer.

The study said that while case numbers and deaths in Africa as a whole were still low compared to many other parts of the world, several countries had experienced very high infection rates.

Of the nearly 3 million Covid-19 cases and more than 65,000 deaths reported in Africa between mid February 2020 and the end of the year, more than 82% were reported in just nine countries. South Africa was the hardest hit, with more than 38% of all African cases reported there. Morocco saw nearly 16% of all cases while Tunisia, Egypt and Ethiopia reported around 5% of total cases each.

Cape Verde, South Africa and Libya were the three countries that reported the highest cumulative incidence rates, while 18 of the 55 states reported higher case fatality ratio than the global average, meaning a higher proportion of those officially diagnosed with Covid-19 have died.

The authors of the study said that early intervention in many African countries kept the first wave of the pandemic relatively under control.

Senegal, Rwanda, Mauritius and Liberia began planning their response as soon as the virus alerts were sent internationally and began screening and quarantining travelers at the airport. Ghana and Nigeria banned travel between cities and implemented curfews.

Looking at the 50 states for which data about public health and social measures were available, the researchers found that 36 put stringent restrictions in place on average 15 days before reporting their first case. The other 14 countries implemented them on average just nine days after their first coronavirus case – which is still much earlier than many other countries around the world.

The vast majority of the countries had five of more measures in place, including international travel controls, schools closures and bans on public events and mass gatherings.

However, the researchers found that even though the second wave of the epidemic was more severe, it led to fewer and less stringent public health measures. They said in order to prevent further waves of the coronavirus pandemic from becoming even worse, African leaders need to double down on public health measures and work to improve their testing capacities.